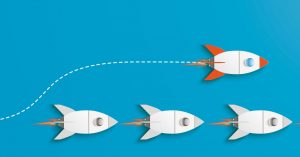 Thinking about doing something other than clinical practice with your optometry degree?

Join us for this live, on-line (zoom) event, hosted by Early-Career Optometrists NSW/ACT – ECONA –  where you will hear from several optometrists who have leveraged their optometry degree to change lanes to a variety of unique and inspiring career paths, including:

With live Q&A panel and practical tips on how to kick start your optometry career change. Suki graduated from Bachelor of Optometry/Vision Science course with Honours in 2013 and achieved a Masters in Optometry in 2020. She has since worked in Canberra, Sydney and regional NSW in corporate practices in full time, part time and locum roles.

Suki is currently pursuing a PhD at School of Optometry and Vision Science on the Impact of Bushfire smoke on ocular surface. Her major interest is on the impact of environment and climate on ocular surface. Along with research she is also an Associate Lecturer for undergraduate optometry courses at UNSW and a UNSW Champion in Women in Maths and Science. I joined The Bureau of Meteorology at the start of 2021 as Customer Engagement Process Lead. This followed 4 years with Evoenergy, the ACT’s electricity and gas distribution network, where I managed consumer engagement, communication and customer interaction teams. Prior to this I was Luxottica‘s NSW ACT OPSM Professional Services Manager: I have practiced optometry in a range of settings, and worked as Optometry Australia’s Clinical Policy Adviser for a number of years.

I have served on Optometry Australia State and Territory Councils, a and have enjoyed other Board roles including Australia’s Advertising Standards Board and the ACT Clinical Senate. I am currently studying a Master of Marketing Management at ANU (very slowly!) 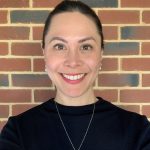 Stephanie has been a practicing optometrist for the last 15 years. She graduated from UNSW and later completed her post graduate in Ocular Therapeutics. She had worked with Luxottica in various locations around Australia and moved to Perth where she was the Area Eyecare Manager for 4 years.

During her time with Luxottica, she was heavily involved with OneSight, and had provided outreach optometry in far north QLD and China as well as Rwanda where she assisted in setting up a sustainable eye clinic. Stephanie was a member of the Aboriginal and Torres Strait Islander Eye Health Working Group, and AHPRA’s registration and notification committee until she made a career change and joined Johnson & Johnson Vision almost 5 years ago as Customer Development Manager in WA.

Whilst maintaining this role full time, Stephanie has kept her registration current by working in her passion – community eye care. She consults in remote Aboriginal clinics with Lions Outback Vision in WA, and is a locum with The Brien Holden Vision Institute across the NT. Stephanie is also one of the Directors of the Optometry Association WA. Outside of optometry she enjoys volunteering with the Red Cross, and raising her young family. Shaun Chang graduated from UNSW in 2008 and was inspired by his experience in the paediatric clinic.  After working for two sizeable behavioural optometry practices, he started Eyes2Learn in 2020 – a clinic dedicated to maximising one’s visual learning potential through spectacles and vision therapy. He is a Fellow of the Australasian College of Behavioural Optometrists, a postgraduate ocular therapeutics degree from the University of Melbourne and a Diploma of Financial Planning from Kaplan Business School.

During Shaun’s career, he founded Eyes4Everest in 2014.  A charity dedicated to treating preventable blindness in the mountain communities of Nepal.  His effort was recognised by Men-style Australia, who listed him as a Man of Influence in 2016. Shaun has also made IOS and Androids Apps for paediatric optometry.

Since he cannot return to Nepal, Shaun spends his time as a family man, creating a self-sufficient practice, funding eye care projects in Nepal, and volunteering for the Royal Australian Air Force as a Reservist.  He dreams of returning to the Sherpa village of Khumjung and climbing alongside his Sherpa friends and George Hillary – a descendant of the first man to climb Mt Everest. 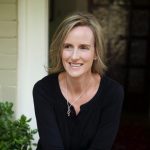 Audrey practised optometry in Ireland in corporate and private settings before moving to Australia in 1998. She completed post-graduate studies in Advanced Contact Lenses and Ocular Therapeutics at UNSW while working at The Eye Practice, where she developed a special interest in dry eye and corneal disease. She worked for Vision Eye Institute, a  group ophthalmology practice, for 15 years, in a range of roles including consultant optometrist (post-laser and cataract), referrer liaison, content marketing and communications.

Audrey acquired a Diploma in Marketing in 2005 and a Diploma in Editing & Publishing in 2014. She was therapeutically-endorsed by ACO in 2018. She has worked for Optometry NSW/ACT in the role of Strategic Communications and Member Liaison since 2017.

Audrey has a dual career and leads a parallel life as a writer. She is currently undertaking a master’s degree in Creative Writing (Poetry) at the Manchester School of Writing (Manchester Metropolitan University). She is an award-winning poet and the author of a number of poetry books. 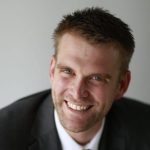 Ben is a member of the policy and member support team at Optometry Australia providing advocacy to the profession and supporting optometrists around Australia.  He is passionate about optometrists providing maximum value to the community and enabling an efficient eyecare system.

Ben has a background in independent and corporate community optometry.  He joined the Optometry South Australia board in 2012, and was integral to the amalgamation with Victoria in 2019 to improve services to members.  He has previously been a council member at the Australian College of Optometry, and is a sitting member of the Scheduled Medicines Advisory Committee to the Optometry Board of Australia.

Ben found his passion for remote care delivery living in the northern territory providing outreach eyecare services.  He has worked with the Fred Hollows Foundation and Brien Holden Vision Institute.   He returned to Adelaide in 2013 and worked at Flinders University, School of Optometry, where he lectured across the course and directed education in diabetic eyecare. Ben continues to divide his time between Optometry Australia and providing outreach services across South Australia.