Dr Konrad Pesudovs in Spain at the award ceremony

Professor Pesudovs, currently president of the Australian College of Optometry, was in Barcelona on 19 September to receive the International award to The Optometrist of the year, Barcelona 2018.

The award is bestowed annually to ‘an optometrist of recognised international prestige’ who has excelled in academic, research, professional and social activity during recent years.

It is awarded by the College of Optometrists of Catalonia, the Catalan Association of Optometry and Vision Therapy, the Terrassa School of Optics and Optometry, and the Universitat Politécnica de Catalunya, Barcelona. 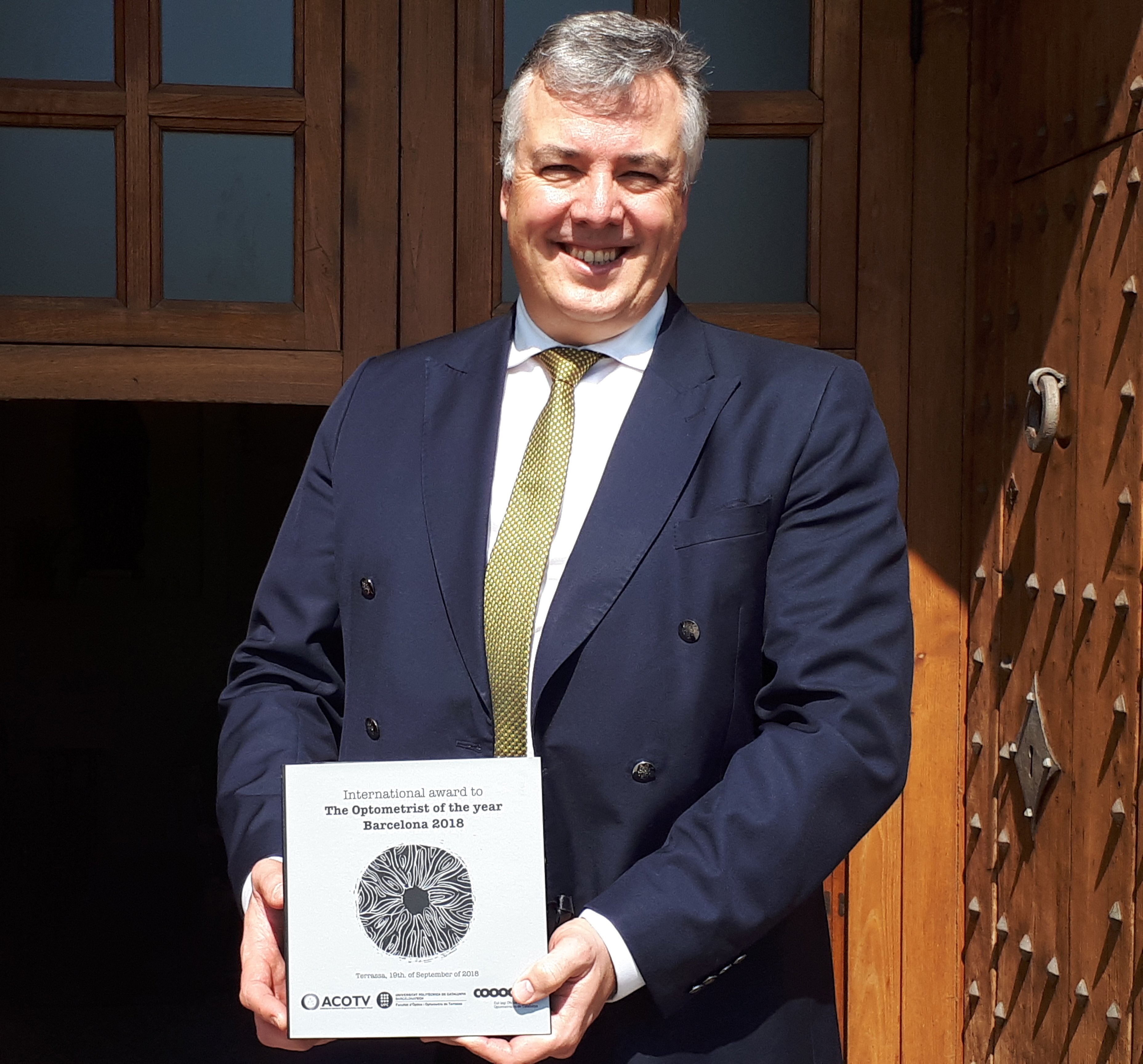 Dr Konrad Pesudovs in Spain with the award

Dr Pesudovs currently works as an independent ophthalmic researcher and a consultant in research and optometric education.

During his distinguished career, Dr Pesudovs has published more than 250 papers, received over 30,000 citations, given more than 200 conference presentations, published seven book chapters and more than 70 other publications.

He has won several international awards including the Waring Medal from the International Society of Refractive Surgery, and the American Academy of Optometry’s Irvin M and Beatrice Borish and Garland Clay Awards.

He was also a recipient of Clinical and Experimental Optometry and Optometry Australia’s J Lloyd Hewett Award.

‘I deleted the first email I received about the award thinking it was spam!  Fortunately, they persisted and now that I am over the shock, I am very honoured to be named International Optometrist of the Year,’ he said.

‘Since research activity is a major component of this award, this reflects that I have or had many wonderful research collaborators, post-doctorate and PhD students.

‘The award also reflects the support I received from the small academic team who helped me develop and deliver the optometry program at Flinders University.

‘I love optometry – seeing patients, teaching students, doing research – and to be recognised for that is a great surprise and delight to me.’

Key elements of this research include the development of patient-reported outcome measures including visual disability and quality of life, and measurement of the optics of the eye and visual performance.

He has conducted outcomes research in treatments for all the major blinding eye diseases, with particular emphasis on cataract and corneal disease, and has a strong track record in health valuation and epidemiology.

Dr Pesudovs sits on two journal editorial boards and was previously on six others. He also currently sits on the International Advisory Board of Optometry Australia’s journal Clinical and Experimental Optometry. He is a former Chairman of the Board of Administration of the National Vision Research Institute and Committee Member of the Publications Committee for the Association for Research in Vision and Ophthalmology.