SEMO 2018, the 15th Scientific and 9th Educators’ Meeting in Optometry, was co-hosted by School of Medicine at Deakin University, and the Department of Optometry and Vision Sciences at the University of Melbourne, from 5–6 April.

‘We have not brought all the optometry schools together since 2012,’ Head of the Department of Optometry and Vision Sciences at the University of Melbourne, Associate Professor Allison McKendrick said.

Highlights included keynote speaker Professor Erica Fletcher who spoke about a multi-centre trial she is leading on laser treatment for AMD. Results are expected to be released in September.

Anna van Koeverden from the University of Melbourne received Optometry Victoria’s Best Oral Presentation award for her presentation on the effect of chronic systemic hypertension on retinal autoregulation in rats.

Congratulations @alexisceecee for the Best Student Presentation award at #SEMO_2018 conference @UniMelbDOVS @unimelb. Great job! A big well done to all the students who presented their research in #optometry @OptometryAus over the past two days. pic.twitter.com/tAGuKl7OPN

Lucia Kim from the University of Auckland received Optometry Victoria’s travel award for her presentation on the effect of temperature on the thickness of the human ocular choroid. 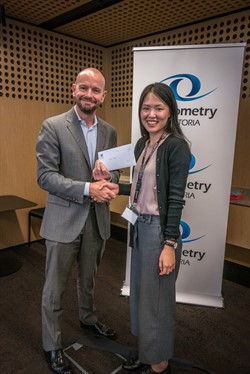 Zahra Tajbakhsh from UNSW received one of Heidelberg Engineering’s two travel awards for her study of corneal epithelial dendritic cells density and morphology in ocular allergy. 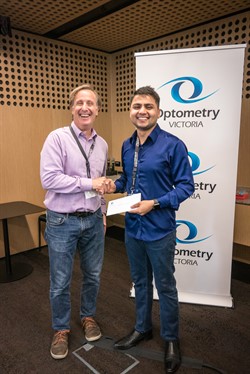 Soheil Doustkouhi from the University of Auckland: “Changes in optokinetic nystagmus due to simulated peripheral visual field loss”.

Archana Boga from UNSW: “Effects of Oestrogen on Symptoms and Signs of Dry Eye in Women Undergoing the In Vitro Fertilisation Treatment”.

David Ngo from Flinders University: “The slow light and dark oscillation of the clinical electro-oculogram”.

Emma Gibson from UNSW: “Pilot study to assess the effects of Aromatase Inhibitors on Dry Eye signs and symptoms”. 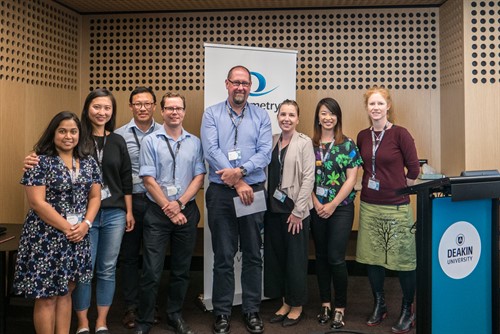