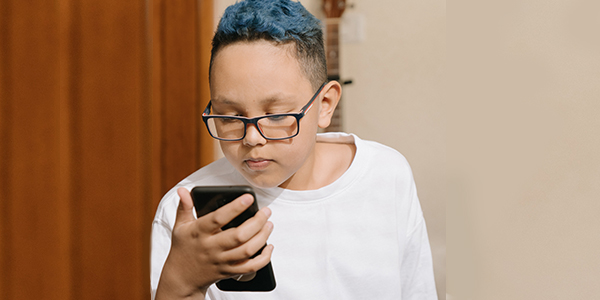 Their study in Clinical and Experimental Optometry’s March issue found myopic students used almost double the amount of smartphone data per day than students who were not short-sighted.

However, smartphone time usage was not significantly different between myopic and non-myopic students and there was nothing in the findings to say that using a smartphone causes myopia.

The study gave questionnaires to 418 primary, secondary and tertiary students, one-third of whom wore glasses or contact lenses for short-sightedness.

It was designed to investigate self‐reported and device‐tracked smartphone usage among youths, asses their attitudes to potential myopia risk factors and determine whether an association exists with refractive status.

‘This study found an association between increased smartphone data usage and myopia with myopic participants using almost double the amount of data on a daily basis compared to those without myopia,’ researchers wrote.

‘This association remained significant even after statistical correction for possible confounders such as variation in data usage with age, number of myopic parents, gender and beliefs regarding technology that may influence smartphone usage patterns.

‘Given the serious nature of the ocular health risks associated with myopia, our findings indicate that this relationship merits more detailed investigation.’

The researchers said a range of factors could be associated with the onset and/or progression of myopia in smartphone use which warranted further investigation, including excessive accommodation or closer working demands, higher accommodative convergence/accommodation ratios, and peripheral defocus.

While 73 per cent believed digital technology may adversely affect their eyes, believing phone usage was deleterious to eye health did not limit use. This belief was expressed more often among myopes, in whom smartphone use was greatest. 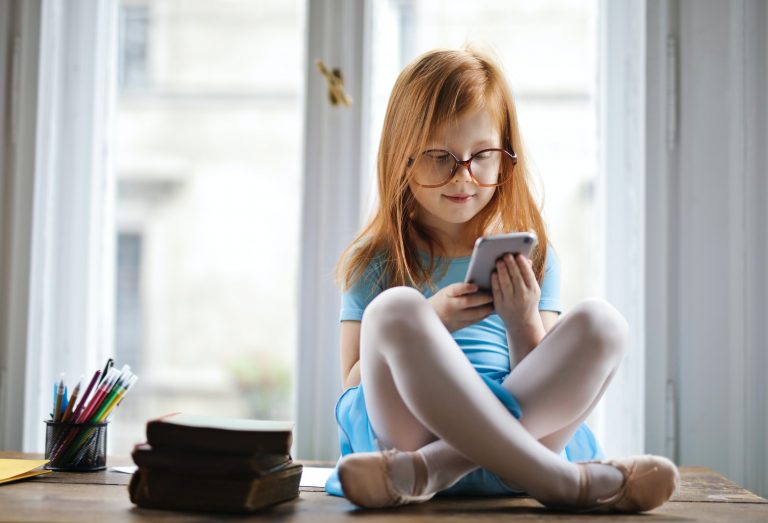 Researchers said smartphones, iPads, tablets and computers were used at early ages at home and school and children were the fastest growing population of smartphone users. Studies had identified computer usage as a risk factor for myopia including closer computer screen working distance.

‘The escalating prevalence of myopia is not a recent phenomenon and certainly predates smartphones, but the current generation of children are the first to grow up in an era of smartphone dependency,’ they wrote.

‘Children are now spending substantially more time focusing on proximal tasks compared to that observed in studies conducted in the pre‐smartphone era, posing an additional environmental risk factor for myopia.’

One consideration was how much data usage related to visual tasks.

A main smartphone use for participants was social media apps that involved screen interaction and a high level of visual participation. Snapchat, Instagram and Facebook were the most used apps across all age groups and refractive error profiles.

There are many variables with data usage as an indicator, for example, streaming music uses data without constantly viewing your phone. But Spotify, podcasts and music applications that play music and require less visual interaction by users were the most used applications by only four study participants.

Background programs and some apps – such as those that download files, videos or high‐resolution video streaming apps including YouTube and Netflix – use more data so smartphone data consumption does not necessarily correlate with time spent looking at a smartphone.

For example, members can become familiar with the latest research in the control of myopia progression via the use of different types of contact lenses and achieve two CPD hours by completing the CXO myopia management with contact lenses course through our Institute of Excellence. 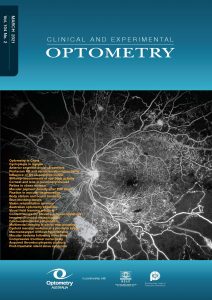