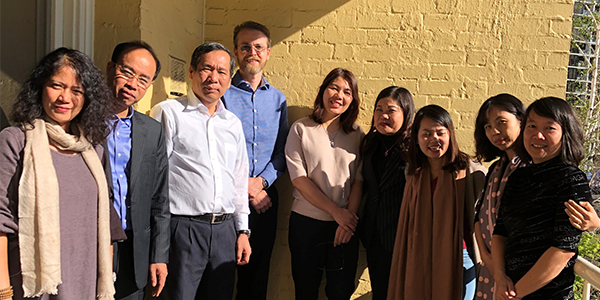 Australia’s involvement in helping to establish the optometry profession in Vietnam continued this week when a delegation from Vietnam visited Melbourne.

The purpose of the seven-member delegation was to understand the scope of practice, governance and registration of optometrists in the region and also to study examples of integration of optometry into public and private health facilities and the contribution to blindness prevention in the region.

May, who is based at the Australian College of Optometry, was pivotal in establishing the first two optometry schools in Vietnam and before that trained eye health workers in Vietnam in refraction.

‘As optometry is a new profession in Vietnam, what they learn from this trip will directly inform the decision to issue a scope of practice for optometrists in Vietnam,’ May said.

‘Brien Holden Vision Institute Foundation and partner universities in Vietnam have introduced the optometry profession into Vietnam and there are now 83 graduate optometrists.

‘Australian optometrists including Optometry Australia Chief Clinical Officer Luke Arundel, and institutions have played a significant role in the development of the profession in Vietnam. However, these 83 graduates are yet to be recognised by the Ministry of Health and do not have a job code to work within the health system.

‘One of the aims of the study tour is for them to look at the registration of optometrists and scope of practice in Australia. We are looking to have optometry registered as an independent profession and not under another job code or jurisdiction of the medical profession.’ 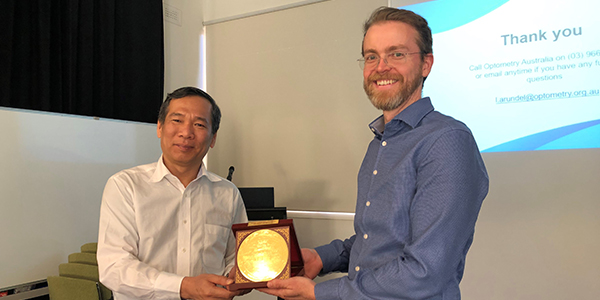 The delegation, involving representatives from the Ministry of Health and the Health Strategy and Policy Institute, visited Malaysia last week before arriving in Australia this week.

‘Optometry Australia will assist in development of the profession in the region,’ Luke said.

Vietnam’s first 12 optometrist graduates graduated from the Pham Ngoc Thach University of Medicine in Ho Chi Minh City on 8 November, 2018. These 12 joined an existing 12 overseas-trained optometrists practising in Vietnam to serve a population of 93 million people. 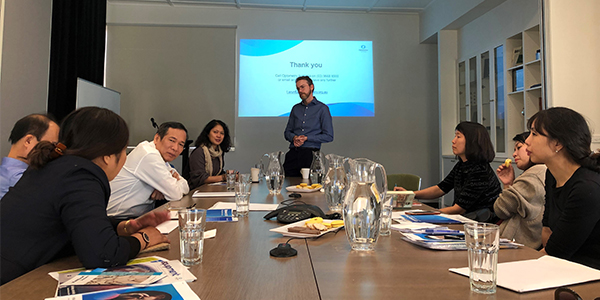