Canterbury Eyecare is preparing to take part again in the World Sight Day Challenge and hoping to surpass the $700 it raised last year through patient donations and donating some of its consulting fees.

Practice manager Athena Katopodis said the practice was a great supporter of Optometry Giving Sight and the challenge.

‘We encourage other practices to get involved. We wear the World Sight Day Challenge tee-shirts as it helps to start a conversation with patients. We find they are often willing to donate,’ she said.

The practice in Canterbury, in inner Melbourne, also takes part in the local community Kriskindl Festival in December, with funds raised going to the World Sight Day coffers.

Optometry Giving Sight is raising funds to support the establishment of the first School of Optometry in Haiti, which expects to accept its first students in 2016.

Canterbury Eyecare is owned and operated by Athena and optometrist Chris Katopodis who are celebrating 20 years in business next year. Chris also volunteers for the Sumba Eye Program, managed by Optometry Giving Sight.

Register to take part in the 2015 World Sight Day Challenge at www.givingsight.org/page-aus. 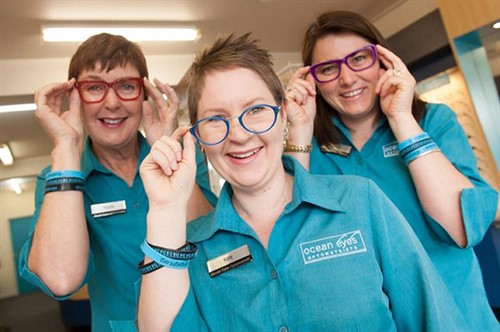 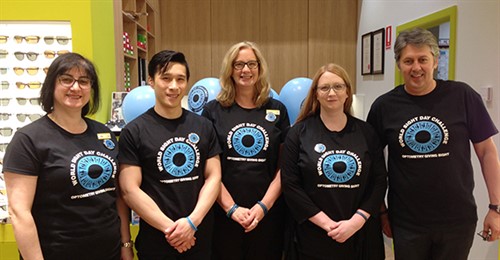 With the support of these four leading contact lens manufacturers, the Contact Lens Prescribing Trends survey has for the second time raised funds for the charitable optometric fund.

Optometry Giving Sight has been designated as the official charity of the survey, with each of the four companies making a donation.

Results of the latest survey will be published in the December issue of Pharma.