SA Blue Sky Congress will again be held at the Adelaide Hills Convention Centre in 2018, making it the third consecutive year at the venue.

About 225 delegates attended this year’s Dr Who themed congress, which was held on 10-11 November. International speakers Dr Brad Sutton and Professor Charles McGhee were popular presenters.

‘Professor McGhee’s presentation on chemical injuries and anterior segment reconstruction featured some confronting images. If you can make a room full of optometrists cringe, you’re doing something right,’ he said.

Mr Larsen said the trade area was well-supported and included organisations that were new to the congress this year.

‘Gary Edwards was a great MC, as the fourth Dr Who.’

Next year’s theme is the ‘Wild West’. 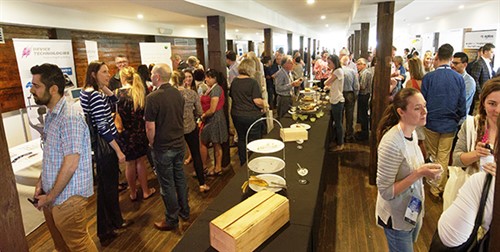