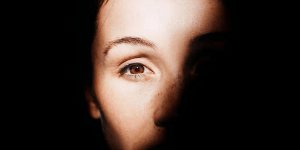 ‘Ensuring a safe workplace is everyone’s responsibility. It doesn’t matter if you are a practice owner, a practice manager, an optometrist employee, or front of house, we are all equally accountable for stamping out unacceptable behaviour that causes anyone to feel uncomfortable or fearful in their workplace.’ Murray Smith, President Optometry Australia

The results of a survey conducted by Optometry Australia in March 2022, has revealed that 64% of the 317 members who responded, had experienced, encountered or witnessed gender bias, discrimination, harassing and/or aggressive behaviour in the workplace.

Sexist or crude remarks, jokes or gestures have been encountered sometimes by 60% of respondents while 49% have sometimes encountered insulting or offensive terms being made about women or men within their workplace.

Worryingly 15% said they had experienced physical abuse once or sometimes, and 8% said they feared going to work.

Almost a third of all respondents (27%) feared speaking out against this type of behaviour in their workplace.

Optometry Australia President, Murray Smith said that these insights into the optometry workplace were confronting and unacceptable.

‘We believe people, in all workplaces, have the right to a safe environment and gender equity, and to experience equal opportunity. The knowledge that this is not occurring within our sector is a wake-up call to our profession.

‘Ensuring a safe workplace is everyone’s responsibility. It doesn’t matter if you are a practice owner, a practice manager, an optometrist employee, or front of house, we are all equally accountable for stamping out unacceptable behaviour that causes anyone to feel uncomfortable or fearful in their workplace.’ 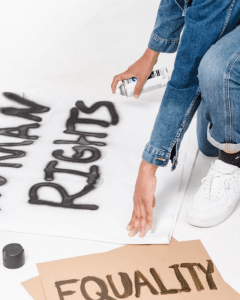 The World Health Organisation cites that between 8% and 38% of health workers suffer physical violence at some point in their careers with many more threatened or exposed to verbal aggression. WHO also says that most violence is perpetrated by patients and visitors.

Likewise, of the members who had experienced harassing and/or aggressive behaviour in all forms in the workplace, the majority (80%) cited patients and patient families (22%) were the main aggressors. Another 28% cited an owner or manager as the main offender of this type of behaviour.

Alarmingly 70% of respondents said that they felt uncomfortable when they have to spend time in a darkened consulting room with patients of another gender with 70% also saying that their workplace ensures that they are not alone in the practice and they can call for assistance if needed.

Around 11% said that they often encountered harassing and/or aggressive behaviour in their current or former workplace.

When asked if their workplace initiated any type of consequences to overcome or manage this type of behaviour in the workplace, 40% of respondents said no.

And when responding to the question if all genders in optometry were treated equally, 45% said yes, while 13% neither agreed or disagreed. Of those who responded, 41% cited that they had sometimes encountered assumptions being made about their career or skills based on their gender while 23% encountered these assumptions often.

Mr Smith said, ‘We have to change any behaviour in optometry workplaces where patients, their families or more troubling, owners, managers or any member of staff, cause anyone to feel threatened, intimidated, frightened or in fear of their wellbeing simply by going to work.’

‘It is simply unacceptable which is why over the coming months, Optometry Australia is committed to working with you to create the necessary tools, policies, education and training that will help our profession to challenge bias and promote cultures of inclusion within our sector.’

CEO Lyn Brodie, who just like the majority of our respondents, is on the record as saying that at various times throughout her career she been subjected to harassing and aggressive behaviour, concurred. 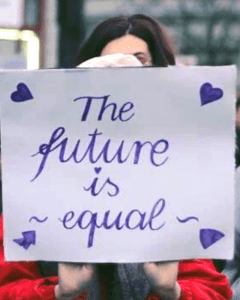 ‘No one, regardless of their position is immune to inappropriate behaviour and we all need to play our role in stamping this out. Any type of gender bias, discrimination, harassing and/or aggressive behaviour is not okay and Optometry Australia is committed to working with you, our members, to help drive real long-term change in this area’.

Ms Brodie said that evidence shows that 45% of negative behaviour will cease after being reported either by the person experiencing the unwanted behaviours, or by those witnessing that behaviour. Active bystanders, or witnesses, can also play an important role in reducing the harm of unwanted harassment and ensuring that there is no tolerance for it in their workplace.

Optometry Australia has committed to rolling out a suite of customised resources and tools suitable for all members – employees and employers alike, under the theme: Respect, always!

The organisation has engaged its HR lawyers to develop a range of resources such as sample policies and guidelines that when ready, practices can take, tailor and apply almost immediately.

‘We will also produce a range of patient-facing campaign materials and deliver webinars and tips to help you navigate this complex area,’ Ms Brodie said.

These new resources will be designed to provide members with the information needed to make optometry workplace safer, and to help reduce the uncertainty about how best to respond. They will supplement those resources already available to all members such as Optometry Australia’s flexible workplace and career and employment and parental leave guides.

The organisation has developed a Workplace respect section of our website so that, once ready, members can access these tools at the click of a mouse.

If you are subjected to, or witness this type of behaviour in your workplace, we encourage you to talk to your manager or if you prefer, you can obtain complimentary confidential advice from Industry Legal Group, you can contact our Optometry Advisor Help Desk, you can access our Member Assistance Program which offers all members access to qualified counsellors to participate in three coaching and counselling sessions annually or you can contact Lifeline or 1800Respect.

Who responded to the survey?

Optometry Australia invited members to provide feedback on their experiences with gender bias, discrimination, harassing and/or aggressive behaviour in their workplace in direct response to a challenge set by International Women’s Day 2022 to #BreakTheBias.

The survey was conducted in March 2022 and attracted 320 responses. Of those, 74% were female, 24% male, 1% non-binary and 2% did not identify their gender. All adult age groups were represented in the response rate with 80% being in clinical practice. The majority (60%) were located in major cities or surrounds followed by regional centres (25%) and rural towns or country areas (8%).