The study, published in Optometry and Vision Science in April, was by the inventors and developers of EDOF contact lenses from the Brien Holden Vision Institute in Sydney.

High contrast visual acuity, clarity of vision and ghosting with EDOF were significantly better than with AOP although differences depended on testing distance and add groups, they said.

‘EDOF was significantly better than AOP for clarity of vision at distance, intermediate and near, ghosting at distance and overall vision satisfaction,’ the researchers wrote.

The contact lenses received clearance to go on the market in the USA from the Food and Drug Administration in 2015. This was world-first approval for this type of technology applied to contact lenses for presbyopia.

At the time, the now late Professor Brien Holden hailed the invention as a vital step forward in quality vision for presbyopes and said it was the birth of a new technology.

Mr Tilia said he hoped the study results meant the lenses were a step closer to market. He said putting them on the US market was among several options being considered and the institute was in the process of seeking CE approval for market in Europe which would facilitate Therapeutic Goods Administration approval.

‘The EDOF lens deliberately manipulates higher-order spherical aberrations, which means the distance and near corrections are the result of the interactions of these aberrations over the normal range of viewing distances. When this is correctly done, the resultant lens gives good distance, intermediate and near vision.

‘This is the first trial in a peer-reviewed journal showing EDOF lenses, during short-term wear, provide better intermediate and near vision without compromising distance compared to a commercially available multifocal lens.’

He said a similar manuscript accepted for publication later this year showed similar results for a comparison with a different commercially-available multifocal lens, and another paper under review showed EDOF lenses delivered similar results when worn for about one week.

‘We are also testing EDOF lenses against the major multifocal contact lenses on the market,’ he said.

‘We are also running trials to see how effective EDOF lenses are for myopia control.’

The researchers said the potential presbyopic contact lens market was large, growing and underutilised. People aged 45 years and older in the more developed world total 560 million but presbyopes averaged only 22 per cent of total contact lens prescribing from 2010 to 2014. EDOF lenses could potentially help the market fulfil its potential, they said.

‘We know patients who need to wear multifocal vision correction have been dissatisfied with their contact lens options. Our research identified the key physiological target for consistent vision for presbyopes; the natural variation of the ageing pupil,’ Mr Griebel said.

‘We created a new and innovative optic design, patented and validated in multiple early studies and in 2015, Johnson and Johnson Vision Care companies introduced an industry first with its new multifocal contact lens, 1-Day Acuvue Moist Brand Multifocal. This new lens is designed based on the natural variations that occur in pupil size as people age and with their degree of vision correction, to provide a great vision experience,’ he said. 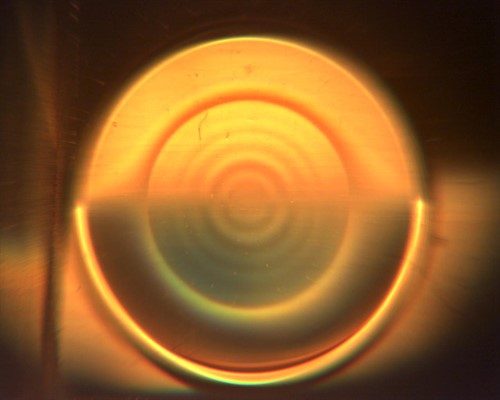