The full impact of Medicare cuts introduced on 1 January 2015 is not yet known, with end of financial year statistics showing only half the picture.

Dr Kiely monitors Medicare services statistics monthly and conducts detailed analysis at the end of each financial and calendar year.

Medicare statistics for the 2013-2014 financial year have been released.

‘Despite the cuts, the total number of services increased compared to last year but we had six months without the cuts,’ Dr Kiely said.

Dr Kiely also compared statistics for the period January to June in 2014 and 2015.

‘Services are only slightly up in the first half of this year compared to the same period last year,’ she said. ‘Expenditure is down, as is expenditure per person.

‘Services per person were down in the first quarter of 2015 but recovered in the second quarter.’ 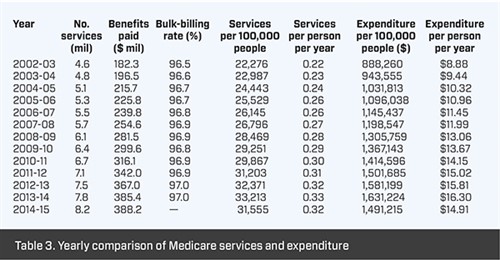 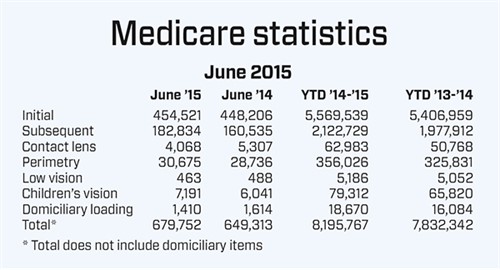