Kate Johnson and Emily Woodman are Queensland’s Optometrists of the Year.

The Hayden award is presented to an optometrist for outstanding contribution to the profession. It is peer recognition of members of the association who have worked tirelessly to increase the standing of the profession and enhance the achievements of optometry to serve the community.

Ms Johnson is a national director of Optometrists Association. She received the award for her distinguished record of service to the association and the profession, and for her distinguished records in clinical practice and its continuing evolution, in optometric education and research, of service to the community, in contribution to public health and welfare, and in enhancing relationships with other professions.

To formally recognise the efforts of young achievers, for the first time the division awarded an outstanding young optometrist who had graduated within the past five years.

The awards and event were organised by Queensland and Northern Territory Division for association members to celebrate the optometry profession and its achievements over the past year. 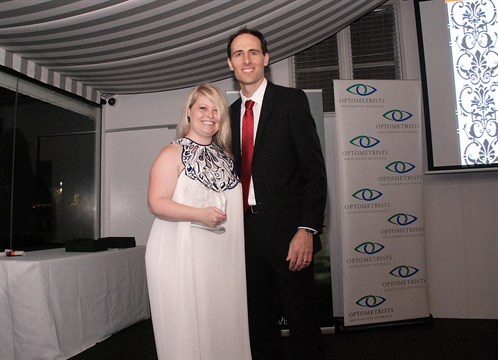 The theme, VISIONaries past, present and future, was reflected in the presentation of the awards, recognition of Queensland University of Technology optometry graduates, and the five, 10 and 20 year reunions of former QUT graduates.

He presented certificates to 38 of QUT’s new 52 graduates who attended. They are the first students to graduate with a Bachelor of Vision Sciences and Master of Optometry at QUT after five years of study.

The 10 year reunion of graduates from 2003 was attended by Kate Johnson, Roger Martin, Penny Stancombe and Khanh-Tien Truong. 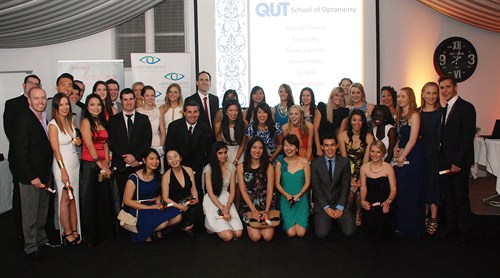