The CCLSA conferred three Life Member awards, inducted three new Fellows, and announced the appointment of a new CEO, at an international meeting in Sydney this month

Andrew Coleshill has a family connection to optics.

‘I’ve been involved in optics for decades. My parents owned a fitting lab; my uncle was a co-founder of Capricornia Contact Lenses,’ he said. ‘My first job in optics was in CR Surfacing Laboratories, when I was 18. I then moved to Brisbane and started a mechanics course at OPSM, which led to my becoming a dispenser.

‘After travelling overseas, I came back to OPSM, eventually ending up as the store manager at Indooroopilly. Following that, I opened my own optometry practice, which I ran for a couple of years, before returning to CR Surfacing Laboratories in Melbourne.’

Mr Coleshill then moved to Brisbane, worked at Alcon, joined Designs For Vision, and began his Executive Masters in Business Administration at Queensland University of Technology. He had also been working privately as a consultant on corporate governance and strategy.

He said that since commencing in the CEO role, he and the CCLSA had been working on putting together a formal strategy.

The CCLSA annual general meeting was held at the conference with Damien Fisher continuing as national president for a second year. Honorary vice president David Stephensen tendered his resignation from the board after 18 years serving the CCLSA, which included terms as state and national president along with organising the past two international conferences. 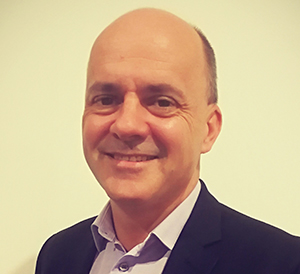