The US study in JAMA Ophthalmology said increased daily dietary intake of omega-3s including eicosapentanoic acid (EPA) and docosahexanoic acid (DHA) was associated with lower levels of glaucoma.

The message comes in the lead-up to World Glaucoma Week in March and Glaucoma Australia’s B.I.G Breakfast fund-raiser.

It follows University of Melbourne research which found that increasing dietary consumption of omega-3 fatty acids decreases intraocular pressure by about 25 to 30 per cent, a magnitude comparable to many topical glaucoma medications.

Omega-3 and omega-6 polyunsaturated fatty acids (PUFAs) are both “essential” fats because they are required to sustain health. The modern western diet is high in omega-6 but low in omega-3 and the imbalance of these can lead to health problems.

The US study also found that too much overall PUFAs (omega-6 and omega-3 combined) were associated with serum lipoprotein levels and inflammatory status, and a higher risk of glaucoma.

Combining their key findings, the researchers hypothesised that increasing the proportion of dietary omega-3 while controlling overall daily PUFA intake may be protective against glaucoma.

They studied data from 3,865 people aged 40 or older who filled in vision health and dietary intake questionnaires and had results from visual field loss detection tests and optic disc photographs.

Increased daily dietary intake of EPA and DHA, commonly found in fish, was associated with significantly lower odds of having glaucoma.

‘Our results indicated that lower levels of EPA and DHA intake were associated with glaucoma,’ the researchers wrote.

However: ‘The odds of having glaucoma were nearly three times as high in participants whose daily dietary total PUFA consumption level was in the second and third quartiles compared with those whose intake was in the first quartile,’ they said.

‘This suggests that even though certain subtypes of PUFAs may reduce the risk of glaucoma, excess PUFA consumption may not.’

The US researchers said more longitudinal studies or randomised clinical trials were needed to extend their findings since a causal association between omega-3 PUFAs or PUFA intake in general and glaucoma risk could not be drawn from their observational study.

However their study backs previous research, as they said a similar association in a previous study found lower levels of EPA and DHA in glaucoma patients compared with those without glaucoma. These researchers hypothesised EPA and DHA might modulate systemic microcirculation and ocular blood flow.

Clinical trials had also shown reduced levels of serum omega 3 in patients with glaucoma compared with patients without glaucoma.

Other researchers found a correlation between DHA deficit and visual field loss, and experimental studies demonstrated functional and structural anomalies of the retina and optic nerve when DHA was lacking. 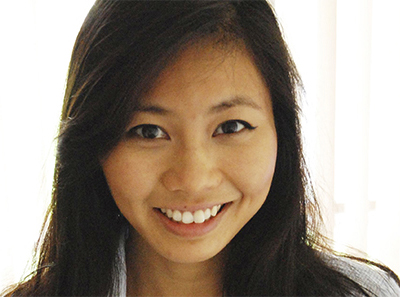 ‘Our research into omega-3 fatty acids and risk factors involved in glaucoma started 10 years ago in collaboration with Professor Algis Vingrys, Associate Professor Bang Bui and Professor Andrew Sinclair,’ said Dr Nguyen, Head of the Ocular Biomarker Laboratory in the Department of Optometry and Vision Sciences.

‘As our study was one of the earlier investigations into the effects omega-3 can have on glaucoma, our aim was to investigate whether altering dietary intake of omega-3 could influence intraocular pressure and the health of retinal ganglion cells in a pre-clinical rodent model.

‘We found that increasing dietary consumption of omega-3 fatty acids decreased intraocular pressure by about 25 to 30 per cent, a magnitude comparable to many topical glaucoma medications,’ Dr Nguyen told Optometry Australia.

‘This change was driven by an increase in aqueous outflow.

‘We also found that this diet improved how well retinal ganglion cells function under normal conditions and even more so when they were under high intraocular pressure stress. Therefore omega-3 appeared to have beneficial effect on two key aspects of glaucoma.’

Dr Nguyen said the modern western diet had an over-abundance of omega-6, found in many common vegetable oils, margarines and meats, and an insufficient intake of omega-3 fats, found in fish, walnuts, flaxseeds and green leafy vegetables.

‘As these two fatty acids compete for enzymes this leads to an imbalance between the two,’ she said.

‘There is increasing evidence that omega-3 may play a beneficial role in eye diseases, including glaucoma. This would open the possibility for using diet as a modifiable risk factor for glaucoma, as currently intraocular pressure is the only way we can modify the course of the disease.’

Risk factors for glaucoma include family history and older age but the only modifiable risk factor to date is intraocular pressure, for which reduction serves as the target of medical and surgical therapies.

‘The current recommendation for maintaining a healthy balance of omega 3 in your diet is to consume 500mg omega-3 per day. This equates to two fish oil capsules with or without an additional flaxseed oil capsule.’

Plant sources containing omega-3 include walnuts, chia seeds, hazelnuts, pecans and linseed (flaxseed), canola oil and soybeans but they contain ALA, and the study found higher intake of EPA and DHA were linked with reduced glaucoma risk.

Animal sources of omega-3 ALA include eggs, chicken and beef. 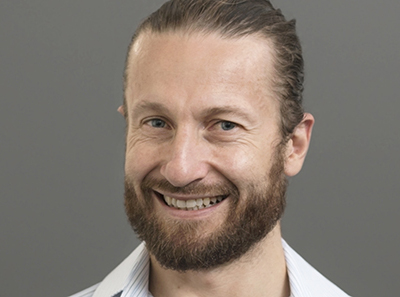 Optometrist Dr Ben Ashby, who is on Glaucoma Australia’s council and is Specsavers Head of Optometry, Australia and New Zealand, said evidence on the best diet for those with glaucoma continued to emerge.

‘The direction being indicated by the research is that a lifestyle that lowers the risk of cardiovascular disease is likely beneficial for glaucoma patients and glaucoma suspects,’ he told Optometry Australia.

‘This would include a normal dietary intake of omega-3 fatty acids. General information on appropriate foods for good vision should ideally be part of every care plan but unfortunately is not a replacement for medical interventions and ongoing monitoring.’

Glaucoma Australia appointed Dr Ashby to its council last year, saying the appointment further recognised the importance of optometry in managing patients with glaucoma and improving the low glaucoma detection rates in Australia.

Glaucoma Australia says gingko biloba may have a role in glaucoma treatment but its benefit for preventing glaucoma onset or progression was much less certain than other strategies for lowering intraocular pressure.

‘There is evidence both in animal models and in humans that ginkgo is a beneficial treatment for glaucoma,’ Glaucoma Australia states on its website. ‘Currently ginkgo is indicated for glaucoma management in eyes where progression is detected despite low intra-ocular pressures.’

Examples of evidence include increased survival of rat retinal ganglion cells in culture when exposed to ginkgo and improvement in the visual field scores of glaucoma patients after a course of treatment with ginkgo biloba extract.

While the mechanism is uncertain, improved blood supply to the eye including the optic nerve has been demonstrated and may be important.

‘Ginkgo is generally safe and well-tolerated,’ the website states. ‘As it can increase bleeding, it should be used with caution in individuals taking anticoagulants such as warfarin or clopidogrel or in those with medical conditions associated with increased bleeding such as haemophilia, chronic liver disease or thrombocytopaenia.’ 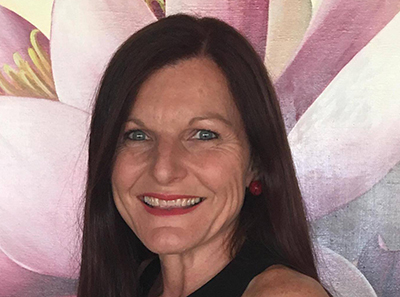 Half of glaucoma affected Australians unaware

‘Sadly, 50 per cent of the estimated 300,000 Australians who have glaucoma are completely unaware they have it and consequently may suffer vision loss including irreversible blindness that may have been preventable,’ she said.

‘Considering it is 10 times more likely to have glaucoma if you have a direct family member with glaucoma, it is the relatives who we are reaching out to us in the first instance.’

The primary focus of the three tier collaborative approach is to host an event which provides an opportunity for people with glaucoma to share their story, highlight the hereditary link, promote the need for comprehensive eye examinations and raise necessary funds to further sight saving research.

Mrs Gibbins said: ‘A comprehensive eye exam can be conducted by an optometrist or ophthalmologist especially from age 40 for those with a family history, or age 50 with no family history, and every two years ongoing.’

*Get involved in World Glaucoma Week from March 11 to 17 by hosting a B.I.G Breakfast fund-raiser to help Beat Invisible Glaucoma. Register to host your B.I.G. Breakfast. Separate host packs are available for health professionals and the public when registering.