You are here: Home > About us > Our organisation > Optometry Vic/SA > Our people

Optometry Victoria South Australia is managed by a Board of Directors elected from our membership base. The key function of the Board is to ensure good governance of the organisation. While undertaking this important work the Board considers the broad trends affecting the membership and the profession.

Our Directors bring a range of skills and experience to the Board including backgrounds in clinical optometry, business and finance, teaching, research and academia, and public health, while also having wide-ranging experience practising in metropolitan, regional and rural locations.

We truly appreciate the time and consideration given to the organisation by all our Directors and Associate Directors.

To contact any of the Directors please email office.vicsa@optometry.org.au and we will forward it on to the appropriate person.

Board nominations
Nominations are now open for members interested in joining the Board. For further details please contact the office at office.vicsa@optometry.org.au or call (03) 9652 9100. Elise is President of OV/SA and has held roles on the Optometry South Australia Board as President and board member.

She is the managing director of three practices in Port Lincoln, Whyalla and Ceduna in SA and is a partner in a fourth practice in Victor Harbor. The practice group provide extensive outreach services across 6 other towns on the Eyre Peninsula.

Elise’s professional interests are eye disease management, children’s vision, ocular therapeutics and rural and community eye care. She spends most of her time managing the practice group and consulting in Port Lincoln. 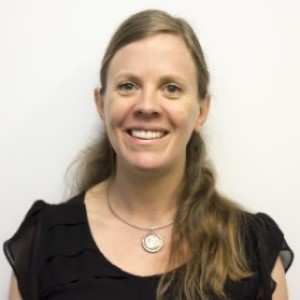 Anne is a member of the International Society for Clinical Electrophysiology of Vision, a Credentialed
Optometrist for CASA and a Fellow of the Department of Optometry and Vision Sciences at the
University of Melbourne, the Royal Victorian Eye and Ear Hospital and the Australian College of
Optometry.

Anne works as a consultant electrophysiologist in private ophthalmology practice and as a sole
practitioner in an independent optometry setting. She has research experience in electrophysiology
and psychophysics, including overseas training in paediatric electrophysiology at the Children’s
Hospital, Harvard, Boston and in Lyon, France. She also consults in occupational assessments of visual
function and supervises postgraduate research in the University of Melbourne’s Department of
Ophthalmology. 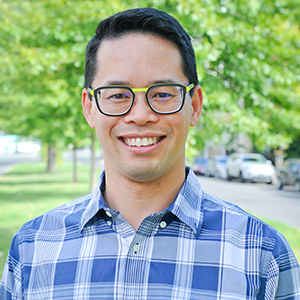 Tim is Treasurer of OV/SA and the chair of the OV/SA CPD committee. He completed a Bachelor of Science (Honours), Bachelor of Optometry, and Post Graduate Certificate of Ocular Therapeutics at the University of Melbourne.

Tim is a founding and managing director of three independent practices in Langwarrin, Carrum Downs and Mornington. His role encompasses the operational management and strategic development of the practices 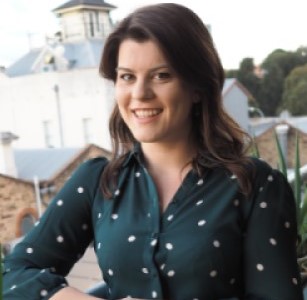 Prior to joining the Optometry South Australia Board in 2017, Cassandra played a key role in the formation and development of the Early Career Optometrists South Australia group. Alongside Elise Pocknee-Clem and Kurt Larsen Cassie was chosen by her Director peers to transition to the OV/SA Board following the amalgamation.

Cassandra is a Deakin University graduate who now lives in Adelaide. She works with the policy and advocacy team at Optometry Australia; clinically in an ophthalmology practice and is a writer for the education website Myopia Profile. She is also an associate lecturer at Flinders University and undertaking research in children's vision. Kurt graduated from QUT in 1997 and began working in an independent practice in Brisbane. He moved to Adelaide in 1999 for what was originally a six month stint, and just didn't go home.

With an interest in ocular diseases he completed his therapeutic qualifications in 2012 through UNSW.

He and his wife Jenny, also an optometrist, run two independent practices in the south of Adelaide. Kurt is proud to have been the final president of Optometry South Australia leading up to the merger with Optometry Victoria in 2019. 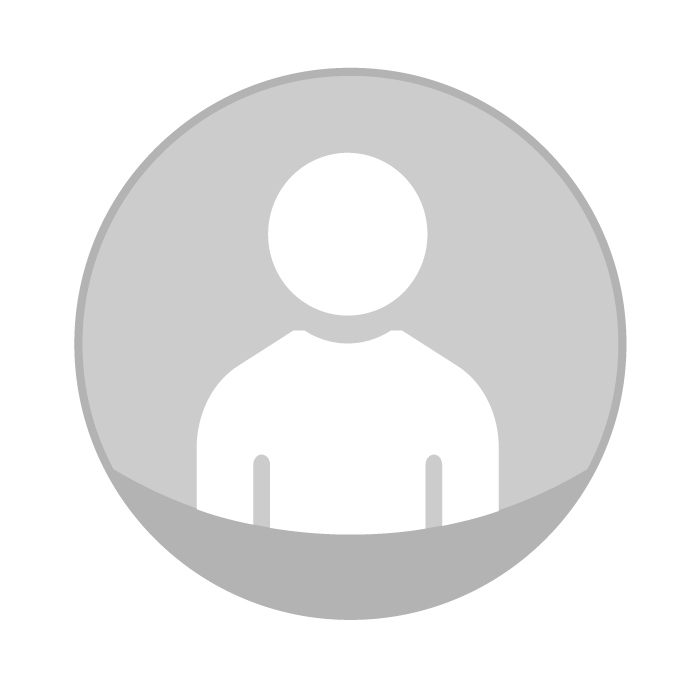 Rowan has experienced many aspects of the optometric profession, having practiced in multiple practice settings across corporate and independent optometry. Rowan has carried out voluntary optometric work in East Timor, Tonga and the far north-west of Australia.

He is the practicing director of OPSM Waurn Ponds in Geelong, Victoria, and an adjunct clinical lecturer at Deakin University.

Murray is the OV/SA nominee to the National Optometry Australia Board. He is passionate about Optometry as a profession and its role in health care of our community. Murray was President of Optometry Victoria leading up to the amalgamation to form OV/SA and has undertaken extensive governance training through Australian Institute of Company Directors.

Murray is deeply committed to his stewardship role for both OV/SA and OA to enable the association as a whole to be a robust voice for optometrists and optometry into the future.

Murray has developed a strong understanding of the optometry profession through work across most states and territories in Australia in a variety of settings across independent, corporate and ophthalmology practices.

Professionally, Murray has special interests in detection and management of eye diseases, paediatric optometry, and specialty contact lenses. He has been working in Melbourne since 2005 and is a partner in an optometry practice in inner Melbourne. Murray has worked with Fred Hollows Foundation Papua New Guinea training nurses in eye care. He has also volunteered as an optometrist in East Timor several times Jason is an Associate Director of the Board. He commenced with Optometry Victoria in 2018 and has continued in this role following the amalgamation with South Australia.

Jason is based in regional North East Victoria and is the optometry director for Specsavers Wangaratta and Benalla. He also worked on the Early Career Optometrists Victoria and works with community groups in Wangaratta. Stephanie is an Associate Director and was previously been involved with Optometry South Australia as a student observer and Board Member. She has also been a committee member of ECOV/SA as well as Co-President of the Flinders University Optometry Student Association.

Stephanie graduated in 2018 before moving to Port Augusta, SA, to work in an independent optometry practice. Throughout her time there she provided outreach services to most of the northern region of South Australia. Recently moving back to Adelaide, she currently works with ophthalmologists in a range of specialties, including medical retina, paediatrics but majority in vitreoretina, building on her research experience in telehealth and myopia control.

Our staff are responsible for ensuring the effective and responsible operation of the organisation, while delivering the goals identified in the three-year strategic plan.

Our dedicated and experienced team possess a wide range of skills and experience, ensuring members are provided with the highest level of support, guidance and access to services and events. Pete started working for Optometry Victoria in 2014, following management roles in both corporate and humanitarian organisations in Australia and abroad.

During his early years with the organisation he assisted the Board to develop and deliver an expanded range of member-focused services, alongside ensuring financial sustainability and organisational capability.

During 2017 and 2018 he worked with the secretariat team, the Board, and colleagues from Optometry Australia to deliver ambitious projects for members in Victoria and beyond. These included O=MEGA, a joint venture with ODMA that will has evolved into the largest eyecare and eyeware clinical conference and expo in the Southern Hemisphere.

Alongside his South Australian counterpart he had stewardship of the amalgamation project with Optometry South Australia and has led the new organisation since July 1 2019.

He spearheaded the Optometry Victoria South Australia’s successful bid for the World Congress of Optometry to be brought to Melbourne in 2021. Michelle joined Optometry Victoria in 2015, bringing with her over 15 years’ experience in policy, advocacy and member engagement across health care, housing and not for profit organisations. Jenny trained and worked as an events manager for 15 years before working with a CRM and event management software development company in sales, marketing and training.

Jenny started work at Optometry Victoria South Australia in 2011 as the Member Database and Accounts Officer. Jenny’s role includes managing the finance and operations of the business as well as responsibility for membership data. Jenny played a major role in the design and implementation of Optometry Victoria South Australia's 360 Membership database in 2017. Jenny is currently completing an Advanced Diploma in Accounting. Mel has been working as an Executive Assistant for the past 13 years within a variety of professional industries.

Lisa has just recently joined the team at Optometry Victoria South Australia bringing with her over 15 years of events management experience in the not for profit sector.

She is responsible for the delivery of the associations continuing profession development events and conferences for our members.

Lisa has a Bachelor of Business qualification in Business Management. Since graduating from the University of Melbourne in 2013, Lyn has predominantly worked in Shepparton with OPSM. Lyn is a regular volunteer at school screenings in the Shepparton area, is a speaker at local aged-care facilities and is a graduate of the Greater Shepparton Community Leadership program.

In the final year of her optometry degree Lyn completed a placement in Nepal. This experience was both confronting and enlightening, and highlighted the inequity in access to eye care globally. More recently, volunteer work in remote Queensland highlighted the injustice that this inequity is also the case in parts of Australia. These experiences inspired Lyn to begin a Master in Public Health, which she hopes will ultimately enable her to improve access to eye care services.

As an optometrist working in a regional area, Lyn is hoping that her participation in the committee will allow her to advocate and offer more support to early career optometrists working outside metropolitan areas. A report on global eye health calls for governments worldwide to adopt a new definition of eye health which includes maximised vision, ocular health, and functional ability, while recognising its contribution to overall health, wellbeing, social inclusion and quality of life. Join us on Tuesday 9 March 2021, from 8pm AEDT for this year’s Optometry Australia International Women’s Day event - a not-to-be-missed evening of laughter, debate and reflection at The Great Debate: 'Optometry No Longer Needs Feminism'.