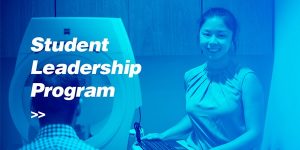 The program was scheduled to take place in Melbourne on June 15 and 16 but due to COVID lockdown in Melbourne and interstate travel restrictions, Optometry Australia is now working through the process of transitioning the program to a virtual approach.

The students, representing all optometry schools in Australia, will attend training during which they will build their understanding of the purpose of different models of leadership, as well as identifying and clarifying their own individual leadership strengths and values.

Students who have attended this program in previous years have called it “life-changing,” “invaluable” and said it has given them the opportunity to be “future-ready.”

Optometry Australia received almost 40 expressions of interest from students nationwide to participate in the 2021 program.

The program will be facilitated by Phil Davies of Sarlan Services with support from Optometry Australia’s Member Support and Policy Advisor Ben Hamlyn and Policy and Advocacy Manager Sarah Davies.

Various sector leaders and influencers will participate and attend a dinner.

The successful applicants are: