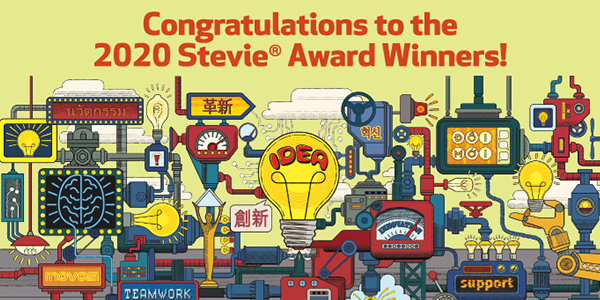 Optometry Australia has won two Silver 2020 Asia Pacific Stevie Awards for its innovative videos that bring our story to life.

The Stevie Award are widely considered to be the world’s premier business awards and Optometry Australia has now won two Silver 2020 Asia Pacific Stevie Awards for “Innovation in the Use of Video” and “Innovation in Organizational Image Videos”.

For “Innovation in Organizational Image Video” Optometry Australia received the award for its depiction of what optometry could look like in 20 years. The video assisted the organisation to bring to life seven complex trends identified in the Optometry 2040 strategy, that are re-shaping the way optometry is being practiced.

For the “Innovation in the Use of Video” award, Optometry Australia was cited for the way it uses video to refine message delivery in a visually appealing manner. We showcased our catalogue of internally created member and consumer videos stored on our YouTube channel to Stevie Judges.

All videos are devised, written and produced in-house by Optometry Australia’s Marketing and Communications team.

“Video is core to our range of diverse communications tools and is a vital, engaging way to distill complex messages into easy to understand, relatable and digestible short presentations,” she said.

“Video also assists us to engender a sense of community among our optometrists by humanising announcements, profiling members and introducing staff.”

“As a powerful story-telling tool, video helps us also deliver quality eye health messages on a range of multifaceted subjects through our Good vision for life consumer awareness campaign”.

More than 1,000 nominations from organisations across the Asia-Pacific region were considered this year.

Gold, Silver and Bronze Stevie Award winners were determined by the average scores of more than 100 executives around the world acting as judges in May and June.

“We are delighted that the seventh edition of the Asia-Pacific Stevie Awards attracted so many impressive nominations,” said Stevie Awards president Maggie Gallagher. “This year’s winning nominations are testament to the resilience and innovation of organisations in the region, many of which continue to succeed despite the challenges of the COVID-19 pandemic”.