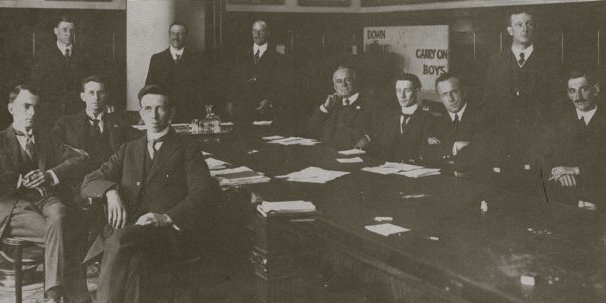 First Conference of the six Australian State Associations held in December 1918 at which the Australasian Optometrical Association was established.

Optometry Australia is celebrating its 100-year anniversary today and to mark the occasion, we’re looking back on how the organisation has shaped the optometry sector.

The Australasian Optometrical Association was founded as a federation of the state associations at the first national conference held in Melbourne on 3–6 December 1918 after a false start a decade prior.

The first known optometry association was the Australasian Optical Association, which formed in Sydney in 1904. It had five objectives, according to historian Charles Wright; to federate into an organisation representing all branches of the profession in Australia and New Zealand, to foster the growth and diffusion of optical knowledge generally, to promote friendly intercourse among opticians, to safeguard the material interests of the optical profession, and to elevate the standard of optical education.

The subscription was one guinea per year, which equates to roughly $150 today.

That first objective – to federate – wasn’t realised for a decade. When a state association was formed in Queensland in 1908, the Sydney-based Australasian Optometrical Association converted itself into a second state association, this time representing the interests of optometrists in New South Wales. It changed its name to the Institute of Ophthalmic Opticians of New South Wales, abandoning the goal of being a national association.

At this first National Conference in Melbourne in 1918, 35-year-old Wilfred Wenborn, who was then New South Wales State President, made the first speech which set a theme for the whole conference.

The motion was unanimously agreed. The new national association was established and named the Australasian Optometrical Association (AOA). 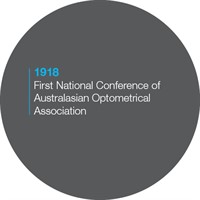 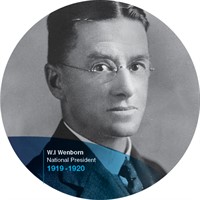 ‘Over the past century optometry in Australia has evolved into a respected primary health care profession, attracting the ‘best and brightest’ to complete high quality, accredited, entry-level university courses, and providing clinical care to around nine million patients annually.

As a sector, we have much to look forward to.’

And a decade on the PBS for optometry medications.