Three new faces have joined the Australian College of Optometry council, announced at its Annual General Meeting on 30 May.

As there were no more nominations than the three vacant positions available, an election was not required and the three nominees were appointed for a term of two years.

Staff, members and fellows of the Australian College of Optometry were also recognised and celebrated at their AGM.

Aiden Deane and Danielle Raiti have been recognised for contributing more than 20 years of service to the organisation.

Five outstanding optometry graduates, nominated by their respective universities, were recognised alongside an outstanding graduate in the ACO’s Certificate in Ocular Therapeutics 2017 course, Sonia Bostjancic. 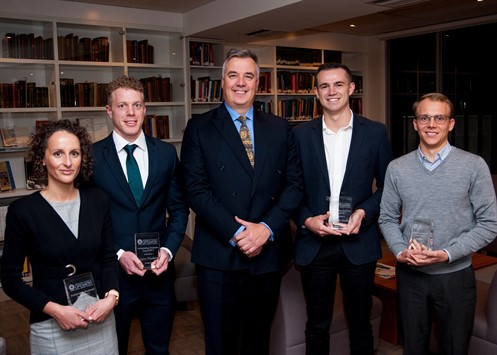 Staff Service Awards
Recognising staff members who have contributed more than 20 years of service to the organisation. Awarded to Aiden Deane and Danielle Raiti

Clinical Residency Program Completion
The clinical residency program extends over a period of two years and is designed to strengthen clinical, academic and professional development of newly graduated optometrists.
Awarded to Michael Li

Honorary Life Membership
The most prestigious award presented to someone who has
•    provided distinguished and meritorious service, such as to the College or to the Profession;
•    are held in high esteem for their work and contributions in and outside of the College;
•    have served the Council in a leadership position for a lengthy period of time;
•    have been instrumental in bringing about positive change in terms of the College’s achievements; and
•    have been influential in the community, having earned the respect and recognition of their colleagues.
Awarded to Emeritus Professor Nathan Efron (AC FACO) and Mrs Margaret Banks (OAM FACO)

ACO Fellowship
Awarded to ACO members who have been a member for the last three years and made significant contributions to the practice and profession of optometry and to the community.
Awarded to Associate Professor James Armitage

ACO Member Award for Outstanding Service
Members who have contributed actively to the governance of the ACO, either on a Committee and/or Council, consistently and generously provided support, time and advice beyond the expectations of a Committee/Council.
Awarded to Elisse Higginbotham

National Vision Research Institute Fellowship
Researchers who have made a significant contribution to the practice and profession of vision science and are held in high esteem.
Awarded to Professor Rachel Wong