The Department of Health has received a request for Medicare benefits for patients undergoing corneal cross-linking as early intervention in progressive keratoconus.

A spokeswoman for the department confirmed that a proposal for an application requesting MBS listing of corneal collagen cross-linking for patients with keratoconus who were showing evidence of progression had been received.

‘Should the proposal proceed for consideration through the Medicare Services Advisory Committee process, a consultation protocol for the application will be published on the MSAC website and public submissions invited,’ she said.

The application stated that although corneal transplantation was a successful treatment, it was a major operation with potentially serious risks to good vision, and a treatment to slow progression was clearly desirable.

Consultant ophthalmologist at the Royal Victorian Eye and Ear Hospital and Honorary Research Fellow with the Centre for Eye Research Australia (CERA), Dr Elsie Chan, has been involved in the world’s first randomised controlled clinical trial of corneal cross-linking at CERA.

She was a co-author in a recent paper reporting on the trial.* The paper reported on outcomes three years after cross-linking in 48 control and 46 treated eyes of patients with progressive keratoconus. 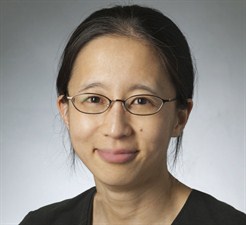 Dr Chan said a Medicare rebate was needed because the procedure would hopefully help prevent progression of disease and the need for corneal transplants.

‘Patients currently pay out of pocket or have it done via a public hospital if the hospital offers the treatment without cost to the patient,’ Dr Chan said.

She said no-one knew how many Australians had keratoconus. The quoted incidence was 1:2000 but this was not necessarily for an Australian population and people are being diagnosed much earlier now.

Cross-linking was first described about 12 years ago. It involves soaking the cornea with a solution of riboflavin and dextran.

A UV-A light source is shone onto the cornea and the effect is to increase intermolecular bonds between collagen fibres and stiffen the cornea, reducing the risk of progression of ectasia.

‘The application to the Department of Health is probably overdue as many patients are finding it difficult to access this potentially useful procedure because of its high cost, which averages around $2,500 per eye,’ he said.

‘Keratoconus Australia would support a rebate for the cross-linking procedure when done under clinically proven protocols that can be demonstrated by ophthalmologists to be both safe and effective in the long term.

‘However, there is an increasing range of variations of the procedure, mostly unproven, and patients and their families are bewildered by the array of options being offered by corneal surgeons in Australia,’ he said.

Dr Chan indicated in a seminar in 2013 that results showed that cross-linking slowed and might halt progression of keratoconus with a small risk of complications, and variations to the procedure had been performed.

She said at the seminar that there was no evidence of benefit to those not experiencing demonstrable progression.