Victoria’s Minister for Industry, Lily D’Ambrosio, and State Member for Dandenong, Gabrielle Williams, were among 60 guests from the optical industry who attended the opening of CR Surfacing’s new laboratory in Dandenong South.

The opening took place on 20 May in the suburb south-east of Melbourne.

Guests were given a tour of the new state-of-the-art laboratory, followed by speeches from Ms D’Ambrosio and the CEO of CR Surfacing, Ray Geake.

CR Surfacing was previously located in Blackburn but the premises became too small as the company expanded. 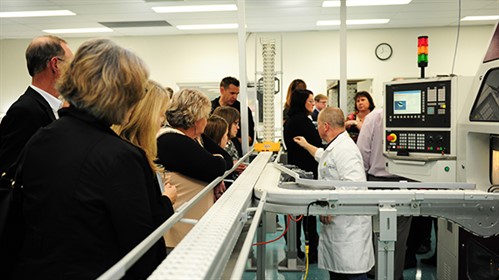