The suicides of two Australian optometrists have prompted Super Sunday organisers to put mental health on the agenda in an effort to help prevent future occurrences in optometrists and their patients.

Optometry NSW/ACT CEO Andrew McKinnon said the state organisation had lost two of its members in tragic circumstances to suicide in 2014, within six weeks of each other.

‘This made us think that mental illness is an issue in optometry and we need to know about it, not just as a personal issue for members, their colleagues and family but from the patient viewpoint as well,’ he said.

To find answers for these questions and because Optometry NSW/ACT had never hosted a session on mental health issues, Mr McKinnon asked organisational psychologist Rachel Clements to speak about mental illness in optometric practice.

Ms Clements, director of Psychological Services at the Centre for Corporate Health in Sydney, will give the plenary session at the Super Sunday conference at noon on 29 May.

‘It might be a mental health issue in an optometrist, their staff, colleagues, family, friends or patients,’ Ms Clements said. ‘If a patient confides in you that they are at risk of suicide, talk about it, don’t dismiss it and stay open. Enter into the conversation with them and get them some help.

‘Referral options include GPs, a workplace employee counselling service, Lifeline* or Beyond Blue* or if they are under 18, getting them to talk to a family member or friend. Obviously if someone is at high risk of suicide, optometrists should link that patient or person to an expert who can immediately help and make those calls with them, whether it is to a GP or 000.’

Ms Clements said the four Rs are important. ‘How do you recognise a mental health issue, how do you respond appropriately, referral options and reconnecting, asking them how they are going later or if they followed your recommendation for help,’ she said.

She said optometrists, as do others, have a duty of care to help patients, and as an employer have a duty under work, health and safety legislation to implement a plan of action for staff with mental health issues.

She said that one in four people would have a mental health problem in their lifetime and anxiety was the most common, followed by depression, often linked with substance abuse.

Common signs of mental health issues include a shift in their demeanour and behaviour such as being more irritable, worrisome or exhausted, looking down, weight issues, becoming withdrawn, quiet and moody and ‘something not being quite right’.

‘Sometimes mental health issues can mask as HR issues for staff because they might be working harder, longer and coming to work but their performance is declining because they cannot concentrate and make decisions and have reduced morale and motivation. It can be hard to recognise when there can be masking or hiding it in the workplace,’ she said.

‘In some professions such as law, one in three people has a mental health issue and the risk is high in professional occupations because they are high achievers with increased demands and pressures. Optometrists have pressures in the workplace, are busy and focused on the business and patients, and might think it’s normal to run a business being stressed all the time.

‘When you notice a shift, seek help because people don’t have to become unwell if we can catch it.

‘Get help early, don’t ignore it because professional people generally deny it, avoid it, drink lots of coffee, work harder and longer, and block it until it is so impactful that they are unable to function at work and home,’ she said.

Optometry NSW/ACT professional services manager Paula Katalinic said the conference theme, The Ageing Eye, was chosen because it was of growing interest to optometrists and allowed for a diverse conference program ranging from eye disease to low vision and systemic health issues faced by optometry patients on a daily basis.

‘It also provided the opportunity for us to include renowned speakers from other disciplines in the program,’ Ms Katalinic said.

‘Australia’s population is ageing so this topic is a big deal for optometrists because our patients are getting older.’

She said it would also be the first time a geriatrician had spoken at Super Sunday when president of the Australian and New Zealand Society of Geriatric Medicine, Professor Jacqueline Close, speaks on ageing and disease through the eyes of the older Australian.

Other speakers will discuss cataract, neuro-ophthalmic disorders of the elderly, the challenges of an ageing anterior eye, the life of a retina from conception to grave, maximising independent living in older visually impaired patients, and contact lenses for presbyopia and beyond.

Cancer is another topic to be discussed by one of Australia’s leading medical oncologists, Professor Frances Boyle and her husband, Prince of Wales Hospital ophthalmologist Dr Michael Hennessy. They will talk about cancer and the eye, including the common types of cancers and their treatment, the ocular side-effects of chemotherapy medications and metastatic lesions in the eye. 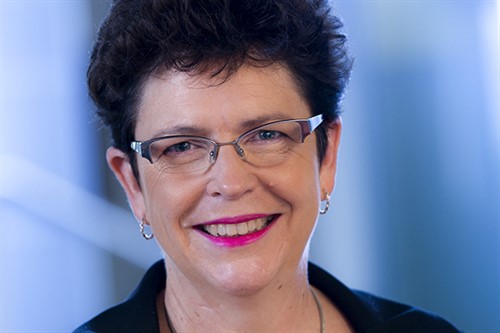 Super Sunday Conference at Australian Technology Park, Sydney, offers up to 30 CPD points (24 therapeutic) on Sunday 29 May, from 8:00 am to 6.10 pm, and will comprise two parallel lecture programs.

A further 12 points (six therapeutic) can be gained on Saturday 28 May by attending a differential diagnosis of the ageing eye seminar at the Centre for Eye Health and a low vision workshop at the UNSW School of Optometry and Vision Science. 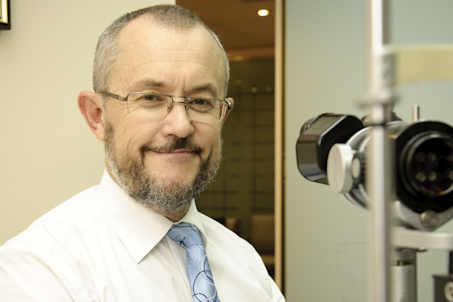