Optometry Western Australia has this year increased five-fold the number of CPD events offered to members in regional locations.

The initiative offers up to 18 therapeutic points for optometrists who attend a series of sessions presented by Lions Eye Institute consultant ophthalmologist Associate Professor Angus Turner.

Rural HealthWest, in partnership with Lions Outback Vision and Optometry WA, is running the Ophthalmology 101 series of six 1.5-hour sessions delivered throughout 2016 at The Rural Clinical School of Western Australia in Albany.

Optometry WA CEO Tony Martella said that increased demand for more education and better partnerships with medicine were reasons for the expanded CPD program. He said events had been well attended this year.

His talk focused on pattern recognition through case presentations; common and not so common eye disease that optometrists might see in their practice; the role of optometrist, ophthalmologist and comanagement; and when to refer, watch or treat.

Eight metropolitan CPD events, including WAVE, are scheduled for Perth this year, of which four have taken place. WAVE will be held on 13-14 August, and CPD evenings will be at the FJ Clarke Lecture Theatre building in the Queen Elizabeth II Medical Centre, Nedlands on 12 September, 10 October and 8 November. 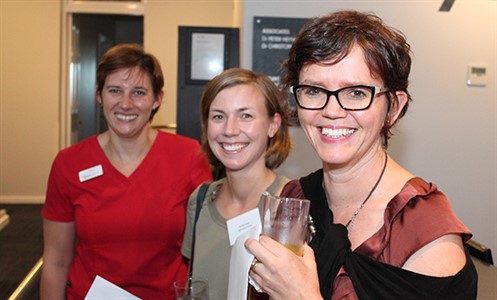