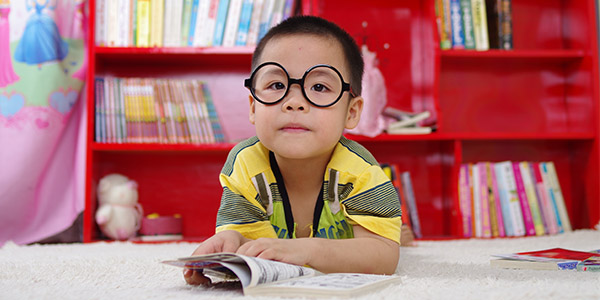 Myopia prevalence in young school-children rose significantly during the COVID-19 pandemic, according to a large Chinese study which found prevalence increased almost 400 per cent in six-year-olds.

The study of 123,000 school-children revealed home confinement during the pandemic in 2020 “appeared to be associated with a substantial myopic shift (approximately −0.3 diopters) for children aged six to eight years.”

Researchers from China and the US said concerns had been raised about whether home confinement may have worsened the burden of myopia owing to substantially decreased time spent outdoors and increased screen time at home.

‘To our knowledge, we provide the first evidence that the concern may be justified, especially for younger children aged six to eight years,’ they said online today in Jama Ophthalmology. ‘If home confinement is necessary, parents should control the children’s screen time as much as possible and increase the allowable outdoor activity while maintaining safe social distancing.

‘This substantial myopic shift was not seen in any other year-to-year comparison, making the cause possibly due to the unusual occurrence of home confinement in 2020.’

In an invited commentary, experts said the study ‘reflected an impressive scientific achievement’ and dubbed 2020 as the year of ‘quarantine myopia.’

‘Taken together the prevalence data after (five months of home confinement in) the COVID lockdown in China suggest an earlier onset for a large proportion of children,’ they wrote.

‘Given that one in three people with high myopia becomes severely visually impaired, it is clear China is facing a serious public health problem and much of the rest of the world may be likely to follow, since quarantine home confinements happened worldwide in the first five months of 2020.’ 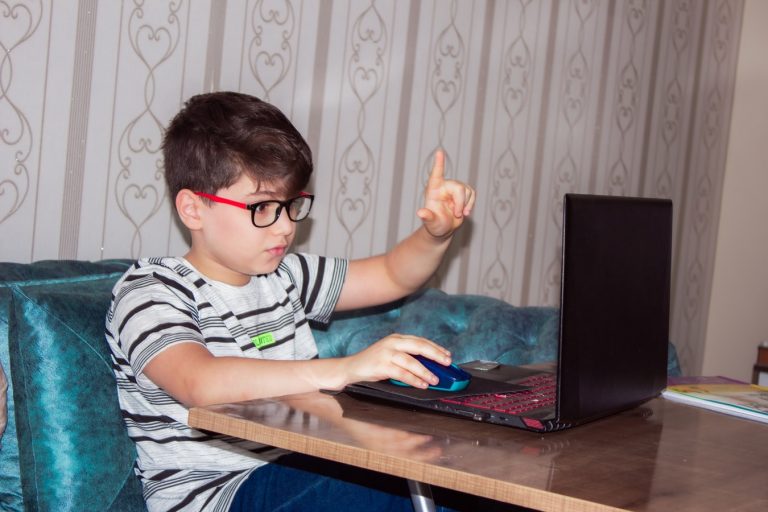 Such a substantial increase was not seen in the older age group aged nine to 13 years despite having more online learning than younger students. Differences were smaller and not statistically significant in older children and not comparable to larger differences in younger children.

Researchers hypothesised that this was because younger children were more sensitive to the environmental change than older children as the plasticity of myopia was high in six-to-eight-year olds.

‘Younger children’s refractive status may be more sensitive to environmental changes than older children, given they are in an important period for the development of myopia,’ they wrote.

Will we see similar changes in Australia?

Optometry Australia’s Chief Clinical Officer Luke Arundel said the findings were important as worldwide children had completed months of home schooling during the pandemic including in Australia where schools were closed and sport cancelled.

‘Researchers have told us for many years now the importance of balancing screen time with green time for kids and that spending time outside in bright light is important to slow myopia development and progression,’ Mr Arundel said.

‘It will be interesting to see if Australian practitioners, particularly in Victoria – where an extended lockdown occurred with time outside limited to just one hour a day – will also see a similar increase in myopia.’ 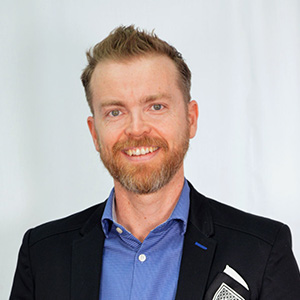 The spherical equivalent refraction was recorded for each child and the prevalence of myopia for each age group during each year was calculated. The mean spherical equivalent refraction and prevalence of myopia were compared between 2020 after five months of school closures and home confinement, and the previous five years for each age group.

Greatest myopia in all ages in 2020

At all ages, mean refractive error involved greatest myopia in 2020, and girls had earlier development of myopia than boys. 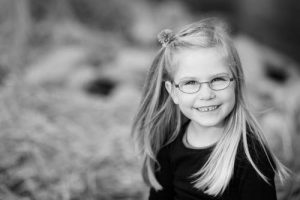 The commentary stated: ‘Most compelling was the data in the six-year-olds because although their mean refractive error changed only slightly from the hyperopic side of 0 in 2019 to the myopic side in 2020, this myopic shift had a large association on the prevalence of myopia as it jumped from 3.5 per cent to 5.7 per cent in 2015 to 2019 to 21.5 per cent, an almost 400 per cent increase, in 2020.

‘This age shift (an earlier onset for a large proportion of children) is highly clinically relevant in that it is well recognised that age at onset corresponds closely to final refractive error at adult ages.

‘Likewise, the higher the refractive error, the more likely the occurrence of sight-threatening complications such as myopic retinal degeneration, glaucoma and retinal detachment.’

But careful planning of indoor activities and preferably not restricting outdoor play in young children “may help control a wave of quarantine myopia,” the commentary stated.

They said further studies were needed to assess the generalisability of the findings and the long-term follow-up of these children and they intend to follow the same population and continue the screening to help determine if the myopic shift is temporary or permanent, and reversible.