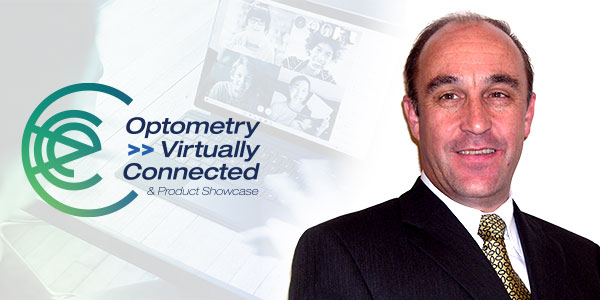 Melbourne optometrist Paul Croucher is urging more optometrists to manage intermittent exotropia with spectacles, saying the treatment works 60 to 70 per cent of the time, improving the condition and avoiding surgery.

Mr Croucher, who will give a talk on the topic at Optometry Virtually Connected  from June 18-20 2021, has used the treatment many times during his 35 years practising as an independent optometrist in Heathmont.

He also lectures at the University of Melbourne on strabismus, amblyopia, and developmental problems in children, has taught in the Children’s Vision Clinic at the Australian College of Optometry and was former President of the Australasian College of Behavioural Optometrists.

He will speak at Optometry Australia’s Optometry Virtually Connected  online conference which is free for members and offers 30 hours (15T) of CPD in one weekend including live and on-demand webcasts.

‘There is a real therapeutic and aesthetic reason for wearing spectacles, not just as a cover up and optometrists can be proud to offer that.’

Mr Croucher said normal sighted people did not need glasses to correct vision so prescribing spectacles to children with normal vision who were not short or long-sighted might seem strange.

‘The evidence in the past 20 years is that kids who go into minus lenses at age three to six for intermittent exotropia and wear them for a few years then 60 to 70 per cent have improved to a point where the strabismus no longer manifests.’

Mr Croucher did not think incidence was increasing but said optometrists were probably seeing more cases because of multi-culturalism as the condition was more common among Asian people or those from the sub-continent and was also more common in girls than boys.

‘We don’t know the causes, what aspect of brain control makes it happen or why it mainly comes on suddenly around ages two to four. It is a subtle problem in the way the eyes line up,’ he said. ‘Glasses don’t fix the problem in about one-third of those affected but we don’t know beforehand which children they will and won’t work for.’

Mr Croucher said vision training exercises to train the eye muscles were also effective, but children needed to be old enough – eight to 10 years old – to be sufficiently cognitively advanced to learn the exercises and be able to do them properly.

‘Glasses should be the first option – around ages three to six – and if this doesn’t work then try vision training when the child is older,’ he said. ‘Minus lenses help the eyes line up and for this to become normalised behaviour rather than the eyes turning out.

‘Surgery is a last resort, and while surgery works in 70 per cent of older children it is performed on, in younger children the outcome can be worse, and they can develop a lazy eye. Also, surgery cannot be reversed.

‘Parents should be told there is no guarantee for any of these treatments will work and eye care professionals do not need to apologise if it doesn’t because they should make it clear from the start that it may not work.’

 Three studies over three decades with 120 children showed:
 75 per cent success rate
 50-75 per cent able to hold alignment without glasses afterwards
 Very real improvement in around 50 per cent of XT with minus lens therapy when ceased wearing glasses

 What if minus doesn’t work on the first consultation?
 Prescribe anyway
 Maybe lack of accommodative response on that day that will improve

May take some hours to weeks to get a response

 Offer minus at the first visit
 Be honest about the success rate (about 75 per cent or 50 per cent)
 Review in four weeks then eight weeks. Give it at least three months to work but do not persist after six months if no effect
 Makes sense to do it through until age six years and maybe the first half of primary school (nine years)
 Needs to be assessed every six months to assess if still effective or if the minus can be reduced. 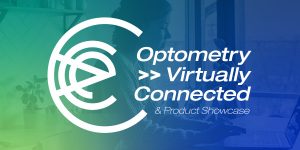 Optometry Virtually Connected brings together an engaging program of quality live and on-demand education in a highly flexible online environment. Created by optometrists, for optometrists, it will provide you with the opportunity to super-charge your learning requirements over one weekend.

To help you align this year’s Optometry Virtually Connected educational opportunities with your individual learning goals, the conference program has been added to Optometry Australia’s Institute of Excellence for you to plan accordingly.

Registration is complimentary for members of OA, and NZAO and ODOB registered optometrists; $165 for APCO delegates and $359 for non-member Australian-based optometrists.