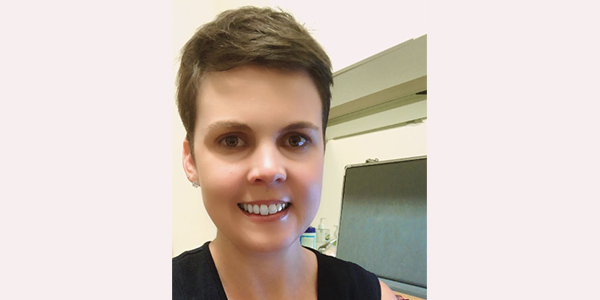 The Australasian College of Behavioural Optometrists announced in April that the final year student at Flinders University in 2020 was the recipient.

The award recognises the student of the Bachelor of Medical Science (Vision Science)/Master of Optometry who has achieved the highest academic performance in paediatric studies, and who has demonstrated excellence in paediatric clinical practice, following completion of year five of the course.

‘I really enjoy working with children because they are so honest, and the exam is usually fun,’ Emma told Optometry Australia. ‘I feel I make a real impact when I improve a child’s learning experience.’

Emma originally completed a Bachelor of Nursing at Flinders University in 2016, during which time she developed a strong understanding of the human body and developed the empathy necessary for the provision of optimal healthcare.

‘After finishing nursing, I knew that I wanted more professional autonomy than what nursing could provide, so went straight into medical science with the intention of studying medicine,’ Emma told Optometry Australia.

‘A friend then suggested I apply for optometry and I gave it a go and fell in love with it.’

She completed the Bachelor of Medical Science (Vision Science)/Master of Optometry at Flinders University and is now a therapeutically endorsed optometrist and a member of Optometry Victoria/South Australia.

Emma received a voucher from ACBO to go towards further study or equipment for paediatric and behavioural optometry.

Throughout her studies, she has received several other awards for academic excellence and leadership.