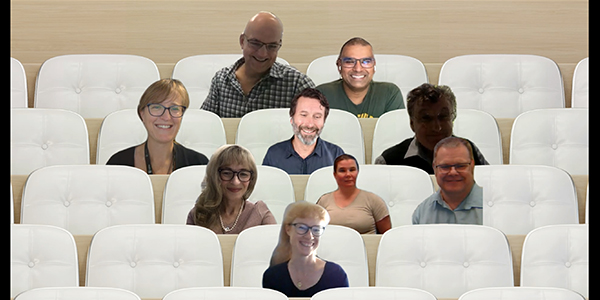 Leaders of optometry schools in Australia and New Zealand are establishing a network aimed at strengthening Indigenous eye care by better educating optometry students and increasing the number of Indigenous optometrists.

Optometry has the lowest representation of Indigenous people in Australian health professions at 0.1 per cent or seven of 5,781 registered optometrists and there is thought to be only six Indigenous students currently enrolled across the seven accredited optometry programs in Australia and Aotearoa /New Zealand.

The Leaders in Indigenous Optometry Education Network (LIOEN) is being set up after a project funded by a Victorian Optometrists Training and Education VOTE Trust grant scoped development. The Optometry Council of Australia and New Zealand initiated the work through its Indigenous Strategy Taskforce and also provided funding.

The network has a draft terms of reference for its reference group after a workshop facilitated by Professor Gregory Phillips and Indigenous Allied Health Australia.

‘Cultural safety is embedded in all optometry courses as this is an OCANZ requirement,’ she said.

‘While curricula vary between different programs, all schools are working towards addressing all requirements of the Optometry Council of Australia and New Zealand (OCANZ) Aboriginal and Torres Strait Islander Health Curriculum Framework.’

A consensus position paper, published in the Australian and New Zealand Journal of Public Health, outlines a working plan for LIOEN and says optometry program leaders are committed to improving Indigenous eye health through its establishment in partnership with Indigenous leaders.

Each program head will have an opportunity to nominate someone to the reference group. Initially the group will be co-chaired by Professor Bentley and Professor Nicola Anstice, former University of Canberra head of optometry and senior lecturer in the School of Optometry and Vision Science at the University of Auckland, now at Flinders University, who is Māori (Ngāpuhi).

The consensus paper says optometry in Australia has the lowest representation of indigenous people among all health professions.

‘There is no research on why this is the case,’ Professor Bentley told Optometry Australia. ‘We believe it is a combination of factors, including lack of awareness about optometry and the need for more support.

‘We could change this by increasing awareness about optometry as a career among Indigenous communities, providing university accommodation, living away from home allowances and scholarships, as well as ensuring optometry programs are welcoming and culturally safe.’

The consensus paper states: ‘Graduating Indigenous optometrists has been even more of a challenge than integrating cultural safety into the curricula. Just one per cent of Australia’s regulated health professions identify as Aboriginal and/or Torres Strait Islander, well short of the 3.3 per cent representation in the general population.’

The paper states the network aims to improve Indigenous eye health by: