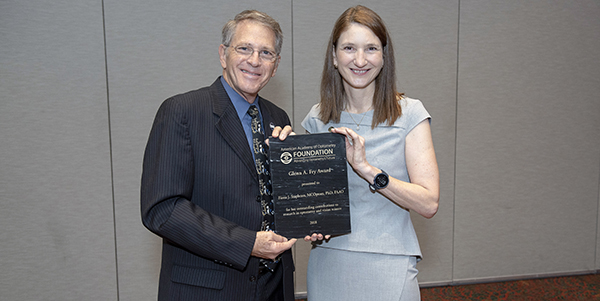 All received their honours at the meeting in San Antonio, Texas from 7 to 10 November.

The American Academy of Optometry Foundation’s Glenn A. Fry Lecture Award was presented to Head of the UNSW School of Optometry and Vision Science, Professor Fiona Stapleton.

The award is given annually to a distinguished scientist or clinician scientist in recognition of the quality, significance, impact, and relevance to optometry of his or her current research contributions.

Fiona presented a lecture on her current research contributions and will submit a manuscript to the academy’s journal, Optometry and Vision Science. 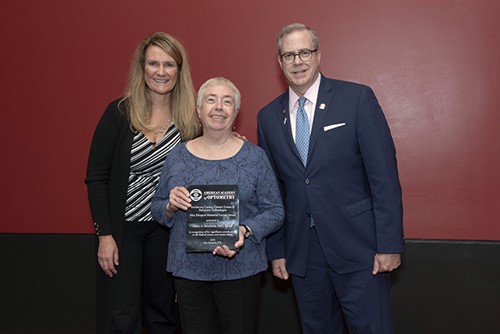 Professor Helen Swarbrick, also from the UNSW School of Optometry and Vision Science, received the Max Schapero Memorial Lecture Award which honors Max Schapero, author of the Dictionary of Visual Science and Amblyopia.

The plaque is given to a clinician, researcher or scholar who has made a significant contribution to the cornea and contact lens field by virtue of their publications, lectures or research efforts.

Helen’s research interest is corneal response to orthokeratology for the correction of refractive error. She presented a lecture on her work during the Cornea and Contact Lens Section’s meeting. 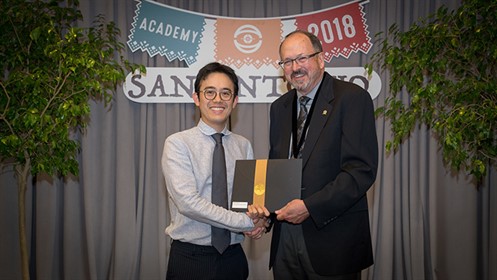 Dr Yoshioka joined the clinical team at the Centre for Eye Health in 2012.

Prior to that he graduated with a Bachelor of Optometry degree and Graduate Certificate for Ocular Therapeutics from UNSW and worked as an optometrist at a private rural practice before returning to Sydney, where he worked for another private practice.

Visiting Professorial Fellow with the UNSW School of Optometry and Vision Science, Professor Kovin Naidoo also received a prestigious award, the Carel C. Koch Memorial Medal Award for his ‘outstanding contributions to the enhancement and development of relationships between optometry and other professions.’

The former CEO of the Brien Holden Vision Institute has been appointed Essilor’s Senior Vice President of Inclusive Business, Philanthropy and Social Impact. In this newly created position, he will lead the group’s efforts to reach 2.5 billion people living with uncorrected poor vision through inclusive business and philanthropy.

Awards committee chair, Dr Donald Mutti said the winners represented the highest level of accomplishment in vision research, vision care, education, and improvement of the visual welfare of all. 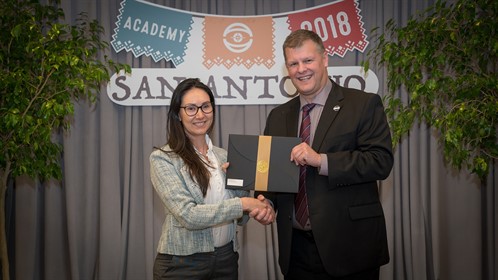