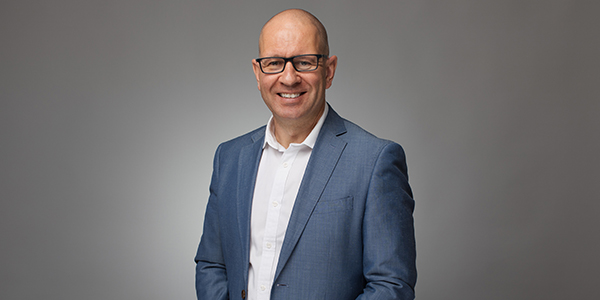 Electronic prescriptions are being introduced nationwide and will be convenient for patients but they also aim to help reduce Australia’s estimated 250,000 medication-related hospital admissions annually.

Andrew Matthews, Director of the Medicines Safety Program with the Australian Digital Health Agency, which has developed the initiative in conjunction with the Commonwealth Department of Health, said electronic prescriptions were another initiative to improve medicines safety as every year thousands of patients were hospitalised due to medication mishaps and medication-related problems.

E-scripts started to be introduced in Australia for a limited number of General Practitioners and community pharmacists in May 2020.There are two models for e-scripts being introduced and the second version is due to be implemented from the end of September 2020.

About 3500 of the new electronic scripts have been prescribed by GPs and dispensed by pharmacies nationwide so far in defined local areas before they are progressively rolled out nationwide to all GPs and other prescribers and pharmacists. Legislation was approved in Queensland this week so now all states and territories have legalised electronic scripts.

The token model, which is being introduced first, involves a unique barcode or ‘token’ sent electronically from the GP (prescriber) via an app, SMS or email to the patient. The token is used by an authorised pharmacy to unlock the legal prescription.

The second version, the active script list (ASL) model will start to be used by the end of September, 2020. This model enables pharmacists to access a patient’s electronic prescription by retrieving it from a patient’s securely stored list.

‘The active script list model is expected to overcome the issue of lost tokens and assist medication management and adherence, especially for patients who are using multiple medicines,’ Mr Matthews said.

‘It means pharmacists will have in front of them the list of all currently prescribed medicines a patient may be taking. 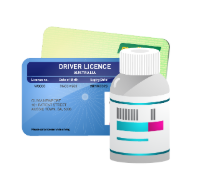 ‘Medicines safety is one of seven key priorities under The National Digital Health Strategy and electronic scripts are one part of this.

‘Another initiative launched last year, the Pharmacists Shared Medicines List enables pharmacists to see medicines patients are on, enabling them to alert patients if medicines potentially interact with each other or with non-script items such as supplements. For example, St John’s Wort and antidepressants.’

‘Under this system, the doctor still generates a paper script and this was not designed to be a long-term solution,’ Mr Matthews said.

‘True electronic prescriptions are safer and more secure. The prescriber sends a token which is like a barcode to the patient’s phone or email. The patient can take their phone (or printed token if they prefer) to the pharmacy and when scanned, this downloads the electronic script from a secure encrypted delivery service. The token is like a key to unlock the e-script.

‘With the active script list, if the patient gives consent to health professionals, they can see all the scripts you have, enabling them to be dispensed.

‘For example, if you are on holiday or away for work and you lose or run out of your blood pressure tablets and don’t have your paper script, you can go to any pharmacy and the pharmacist can look on your ASL and dispense your tablets, provided you have given your consent for the pharmacist to have access.

‘The consumer has control and can say if there are certain “sensitive” medicines they don’t want included on the list so that not everyone can see them.

‘Patients don’t have to be technically or IT skilled or enabled to access the system, and paper scripts will continue for those who prefer them.’

Optometry Australia’s General Manager, Policy Skye Cappuccio said: ‘Whilst optometrists have been able to use the interim e-prescribing system established during the pandemic period, they are not yet able to participate in the other approaches as practice management software systems are not yet integrated.

’However, it is important that optometrists are aware of e-prescribing as it’s likely to be something patients ask about.’

Mr Matthews said it would be a while before the new e-script system was introduced for therapeutically endorsed optometrists as optometry practice management software companies will need to include upgrades in accordance with the electronic prescribing technical framework published by the Agency.

He said e-scripts could also progressively be introduced for allied health professionals who prescribe including nurse practitioners, podiatrists and physiotherapists.

The Federal Government in its 2017-2018 budget announced it would allocate money for e-scripts and the Australian Digital Health Agency and Department of Health agreed to develop the technical  framework for electronic scripts in 2018-2019.

In 2020 when COVID-19 hit, the government fast-tracked implementation of e-scripts to assist with telehealth consultations.