Australian optometrists appear aware of emerging evidence around myopia treatment, but are not routinely adopting measures that have not yet received regulatory approval for modulating childhood myopia progression, the first myopia management survey in Australia shows.

The survey of 239 optometrists found the most common approaches to management were single‐vision distance (full correction) spectacles with more than 50 per cent of respondents indicating they would ‘always’ or ‘mostly’ prescribe this modality. This form of correction was less likely to be prescribed by respondents with an interest in myopia and in independent practice.

For other spectacle options, the next most common response was progressive addition lenses, with about one in five practitioners indicating they at least ‘mostly’ prescribe this option.

Of contact lens corrections, orthokeratology was the most popular approach, with almost one in two respondents indicating they would prescribe this modality at least half of the time.

Respondents indicated prescribing topical atropine relatively infrequently. Low‐dose (0.01 per cent) atropine was the most frequently used, being prescribed at least ‘some of the time’ by about 20 per cent of practitioners.

The online survey about knowledge, perspectives and clinical practices of Australian optometrists in relation to childhood myopia was sent to Optometry Australia members in 2016 and results appear online in the March issue of  Clinical and Experimental Optometry, out now. 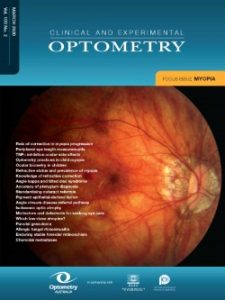 The authors were Optometry Australia members, optometrists Amanda Douglass, Peter Keller and Laura Downie from the University of Melbourne Department of Optometry and Vision Science and Centre for Eye Research Australia ophthalmologist Professor Mingguang He.

‘Current optometric practices reflect the inconclusive nature of several key aspects of the evidence for childhood myopia management,’ they concluded.

‘Clinical guidelines may be of value for assisting practitioners in making clinical decisions based upon the current, best‐available research evidence.’

They said that, based on current best‐available evidence, topical anti‐muscarinic receptor antagonists appear to be the most promising standalone agent for attenuating myopic progression in children.

Other findings of the survey include:

• Relative to a single‐vision distance full‐correction, practitioners considered orthokeratology (85.4 per cent), low‐dose (0.01 per cent) topical atropine (54.4 per cent) and soft defocus contact lenses (40.6 per cent) as the three most effective modalities.
• Consistent with being the preferred treatment options, most practitioners indicated that 0.01 per cent atropine and orthokeratology were efficacious for modulating childhood myopia progression.
• The minimum absolute degree of refractive error most practitioners considered necessary to prescribe for a child was −0.50 D.
• Most demonstrated knowledge of the association between high myopia and retinal breaks, retinal detachment and primary open‐angle glaucoma.
• Optometrists used a range of techniques to diagnose childhood myopia, with a preference for non‐cycloplegic refractive measures.
• Almost 90 per cent considered increasing time spent outdoors to be beneficial for reducing the rate of myopia progression.
• The rate of myopia progression of a child in the past 12 months was a key consideration, with 83 per cent of optometrists rating it as very important.
• The main sources of information used to guide clinical practice were continuing education conferences and events, systematic reviews, and personal experience.
• Respondents perceived adult caregivers to generally be involved in myopia management decisions, and considered all aspects of myopia education as important.

To date, only one other study has reported on clinical trends in myopia management involving 971 eye‐care practitioners, including optometrists, dispensing opticians and ophthalmologists, across Asia, Australasia, Europe, North America and South America.

It also found that regardless of practitioners’ awareness of the efficacy of myopia control techniques, most still prescribe single vision interventions to young myopes. 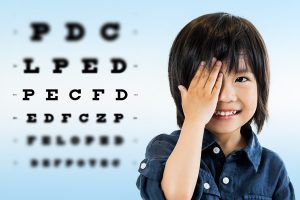