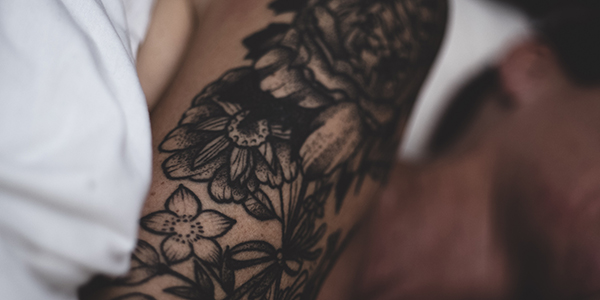 Optometrists should be aware of a potential rare link between tattoos and uveitis, after another case of tattoo-associated uveitis was reported last week, taking cases to at least 16.

Reporting doctors believe heavy metal compounds in black tattoo pigment may act as an environmental trigger, prompting an immune response and causing inflammation of the uvea.

They said the research did not mean that black-ink tattoos cause uveitis, but in some people there seems to be a connection and they suggested health professionals ask patients presenting with uveitis about history of tattoos and tattoo changes.

There have previously been 15 cases of people diagnosed with tattoo-associated uveitis cited in the medical literature since 1969, with some experiencing vision-threatening conditions including retinal detachment. In these cases, uveitis occurred six months to 10 years after tattoo placement.

In the latest case, published online on 31 January in JAMA Clinical Challenge, doctors from Washington University School of Medicine, Department of Ophthalmology and Visual Sciences reported that a male, aged 26, presented for evaluation of blurry vision over the past year.

Bilateral peripheral iridotomies were performed two months before presentation because of inflammation-induced adhesions between the iris and the lens.

The doctors said the condition may occur because of an environmental trigger in genetically predisposed people and ocular manifestations might represent a delayed hypersensitivity reaction to the tattoo ink.

The patient had tattoo pigment in granulomas, suggesting an immune response to heavy metal compounds in tattoo pigment, consistent with rare case reports of disease resolution after tattoo excision, although other research suggested tattoo removal may not make a difference.

The man received topical prednisolone acetate eyedrops for treatment of ocular inflammation but had continued episodes of uveitis, even after receiving adalimumab and methotrexate, requiring administration of short-acting intraocular steroids.

His vision worsened progressively over the next nine months, with visual decline attributed to cataract and persistent inflammation. He underwent bilateral fluocinolone acetonide implantation for improved long-term control, with concomitant cataract surgery 12 months after presentation and one month after surgery, best corrected visual acuity had improved to 20/300 in the right eye and 20/30 in the left, with improved intraocular inflammation.

The American Academy of Ophthalmology reported in 2015 that up until 2014 there had been eight cases reported where uveitis happened along with changes in tattooed skin.

Dr. Trucian Ostheimer and colleagues at Wilmer Eye Institute then observed another seven cases in less than two years, and in all of these, parts of the skin covered in black ink tattoos became raised and hard at the same time as uveitis symptoms began. In these cases, treatment which resolved the uveitis also cleared the skin symptoms.

Presenting these cases at an ophthalmology meeting, he said ‘physicians who treat uveitis should ask patients about any tattoo changes. Some component of black tattoo ink may act as an environmental trigger—leading to the development of simultaneous bilateral ocular inflammation and elevation of tattooed skin.’