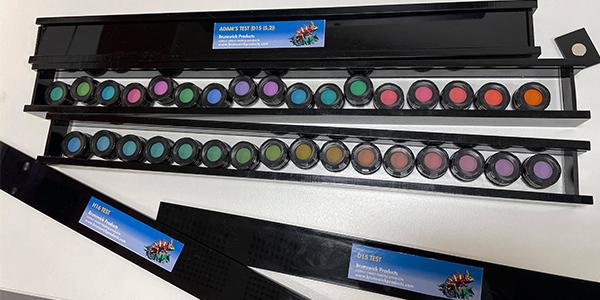 One of the colour vision sets created by University of Melbourne students. Photo, Sushweta Pal

University of Melbourne Doctor of Optometry students are creating colour vision arrangement sets to sell to optometrists to help them diagnose or classify different types of colour vision deficiency and their severity, with funds raised donated to eye care charities.

University of Melbourne Optometry Students Society (UMOSS) vice-president and final year student Adam Barresi said UMOSS was not yet ready to take orders from optometrists nationwide but was just making them aware of the project as UMOSS plans to grow the project on a larger scale.

‘For the past few years, students have been making the sets and we have traditionally sold these tests locally to students and alumni, advertising the project through our social media,’ he said.

‘Funds raised have previously been donated to Optometry Giving Sight, and will continue to be donated to charities dedicated to promoting eye care.

‘We are considering extending this and offering the sets to practitioners nationwide which is the first time we have offered them outside this small group.

‘However, we are limited in how many we can do as they take a while to put together and must be individually made, relying on student volunteers in their spare time, so we are not yet taking orders.

‘We are also looking into contacting the other optometry student societies across Australia, and hopefully establishing an upscaled project in the future, possibly through video tutorials and sharing supplier lists for materials.’

Project Spectrum was established several years ago under the guidance of Dr John Parkes, an occupational physician who runs the Occupational Colour Vision Clinic at Melbourne Eyecare Clinic.

‘While most, if not all, optometrists will likely have an Ishihara pseudoisochromatic plate screening test in their practice, this only allows screening for red-green colour vision deficiencies.

‘However, the use of the Farnsworth D15, H16 and Adams colour arrangements tests allow diagnosis of different colour vision deficiencies, including their severity. 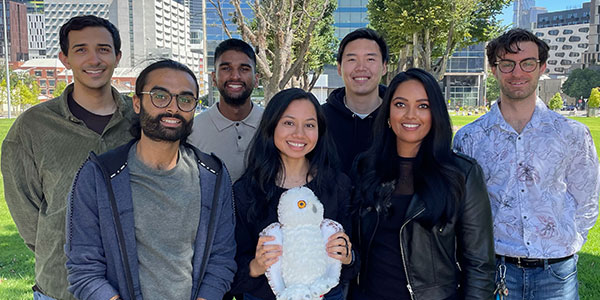 ‘All tests are hand made by a team of students, with the appropriate Munsell paper for each cap being used.

‘Other materials used for the caps and cases are acquired from a variety of different sources, which Dr Parkes has carefully established over a number of years, with the cases specifically made for the project.’

Adam said people with colour vision deficiencies could still generally see colour, except in very rare cases of monochromacy, although they would have a harder time differentiating between colours such as red, green and blue.

‘The UMOSS set thus allows diagnosis of various types of colour vision deficiencies, as well as providing an idea of severity.

‘Blue short wavelength cone colour vision deficiencies, tritan defects, are a lot less common – about one per ten thousand – with an equal prevalence between males and females.’

Adam said that while Ishihara colour vision plates provided a screening test for red and green CVD, they were not good at determining different types and severity. Accurate performance also depended on the practitioners’ level of experience and understanding, including understanding the type of errors being made, such as with partial and complete loop errors.

‘Ishihara is a screening test, not a diagnostic tool,’ he said.

As a not-for-profit project, the sets are sold above supply costs in order to raise money for charities such as Optometry Giving Sight.