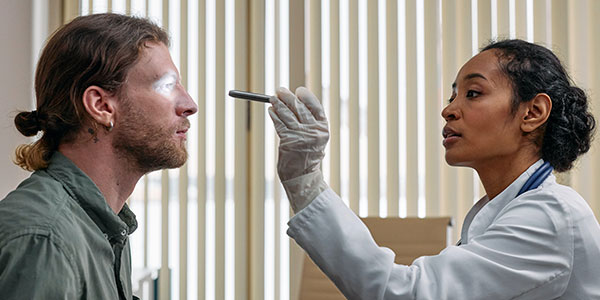 Diagnosis and management of youth concussion can be improved by increasing repetitions from 10 to 20 when assessing saccadic eye function and gaze stability, new research suggests.

American researchers found that raising the number of repetitions increased the sensitivity of the test, providing a more rigorous ‘stress test’ for the brain. They said this could also help to identify subtle deficits that may go unnoticed in regular clinical assessments and avoid having a test that was too easy.

‘The findings in this study suggest that a higher threshold level of repetitions of two commonly used visio-vestibular assessments enables clinicians to more accurately diagnose youth concussion,’ they concluded.

Researchers said there was emerging evidence that visual and vestibular related impairment were common after concussion and were an important part of concussion evaluation because they had been linked to worse outcomes, including a delayed return to school and sports.

Over the past year across a series of studies, the Minds Matter Concussion Program research team at the Children’s Hospital of Philadelphia evaluated the use of the visio-vestibular examination (VVE) and its ability to enhance concussion diagnosis and management.

Adelaide optometrist Neil Murray said raising the number of repetitions from 10 to 20 should elicit many more people who are showing problems after mild traumatic brain injury (mTBI.)

Australasian College of Behavioural Optometrists Executive Director Steve Leslie said the research was supportive of the effects of fatigue on visual function and symptoms following concussion and suggested that in screening for concussion, increasing the repetition of saccades from 10 to 20 or 30 increased screening sensitivity.

Mr Murray has a long history of working in sports (Director of Eye Services for the Games Village Polyclinicat Sydney 2000 Olympics and Paralympics) and running the Stroke and Acquired Brain Injury Clinics at Flinders University Optometry which have patients referred from hospital neurological rehabilitation services in South Australia. 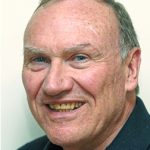 ‘One of the functional problems that can occur for those with concussion or mTBI is that of fatigue occurring when attempting any visually concentrated tasks,’ Mr Murray told Optometry Australia.

‘Some may be able to maintain their concentration sufficiently to do 10 repetitions of the visual exercise, but are very likely to find a rapid dropping off in performance with the longer attention to the task.

‘Many tasks of daily living can require a person to continue to do repeated eye-movements in certain ways, and so the longer assessment period (20 reps versus 10 reps) should elicit many more people who are showing problems following the mTBI.’

‘In this line of research, we also wanted to see if this simple and rapid clinical exam could provide diagnostic utility for a variety of providers outside the specialist setting.’

In traditional VOMS (Vestibular/Ocular Motor Screening), the assessment is performed up to 10 repetitions. The study showed that increasing repetitions to 20 raised the sensitivity of the test.

Specificity was comparable at ≤10 and ≤20 repetitions, but decreased at ≤30 repetitions across assessments. For a VVE subscore (0-4) based on the number of symptomatic assessments, the discriminatory ability of the test was highest at ≤20 repetitions (AUC of 0.79) with an optimal subscore of one (sensitivity 59%, specificity 96%).

Researchers found the VVE had advantages over current measures and was easy to administer across various clinical settings where children are initially seen after head injury with suspected concussion.

ACBO executive director Steve Leslie added: ‘Assessment of eye movements as a biomarker of concussion presence and degree has been an integral evidence-based component of neuro optometric rehabilitation practice for many years. 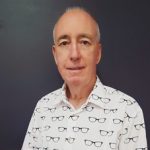 ‘Observation using reliable and validated scoring scales such as the NSUCO Maples-Ficklin test of pursuit and saccadic eye movements is a sensitive indicator of eye movement issues.

‘As well, when a patient is asked to fixate the acuity chart and turn their head from side to side, and there is a significant decrease in acuity, it strongly suggests a disturbance of normal visual-vestibular function contributing to visual and vestibular balance and dizziness symptoms. As well, accommodation dysfunctions commonly occur following concussion.’

However, in optometric practice increasing the repetition of saccades may be impractical and superfluous when a more complex battery of visual assessments would detect concussion-related visual issues, Mr Leslie said.

‘As a screening tool multiple saccadic eye movement repetitions may be more applicable to a primary care medical screening, but I am not sure many involved would ask the patient to make 30 saccades,’ he said.

Concussion effects on the visual system and treatment

‘A primary care optometrist should be aware of the signs and symptoms of concussion effects on the visual system, and manage the issues within their scope of experience.

‘Where indicated they could refer the patient to an optometrist who has extensive education and experience in the field of neuro-optometric rehabilitative care for assessment and management of concussion-related vision symptoms and dysfunctions.

‘Optometric treatment of concussion-related vision issues can involve prescription of spectacles incorporating refractive correction, prisms in various ways, a near addition, and sometimes a specific tint for pattern glare.

‘Vision therapy can be very effective in severe or chronic cases of concussion in re-developing more normal eye movements and accommodative-vergence function.’ 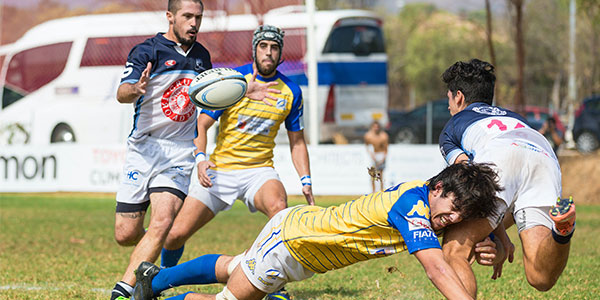 Concussion in sport. Photo by Quino Al on Unsplash

In the study, those who received early and appropriate diagnoses were nearly three times less likely to have prolonged symptoms, suggesting VVE can improve diagnostic accuracy and outcomes.

‘This is particularly important since many concussed youth are diagnosed outside of the specialty setting where these tests were initially developed. Our previous research also underscores how early and accurate diagnosis can improve outcomes in children.’

Dr Master added: ‘Health care professionals have new important considerations for evaluating and managing sports-related concussion. The visio-vestibular examination is an inexpensive, feasible and readily available means by which concussions can be more accurately diagnosed, shortening time to diagnosis and treatment and improving outcomes for all youth who suffer a concussion.’

An Australian Institute of Health and Welfare report found 58,500 people were hospitalised for sports injury in 2016–2017 including 3800 with intracranial injury including cases of concussion and other traumatic brain injuries. Australian Rules football, rugby and soccer were the sports that most frequently led to hospitalisation.

Members can read some interesting case reports on paediatric and sports-related concussion recently published in Clinical and Experimental Optometry. Access it now via on Taylor & Francis Online.