Australians have again excelled at the American Academy of Optometry meeting in Denver.

The medal is awarded annually to a distinguished scientist or clinician scientist in recognition of a career-long record of advancement of knowledge in vision science and is considered the most prestigious of the academy’s awards for achievement in research.

Professor Holden is a global leader in research and innovation in the measurement, correction, management, treatment and social and economic impact of vision correction and blindness prevention. He has spent nearly 50 years studying the cornea, requirements and solutions for safe and comfortable contact lens wear, surgical vision technologies, major causes and solutions to blindness and impaired vision from refractive error and myopia. 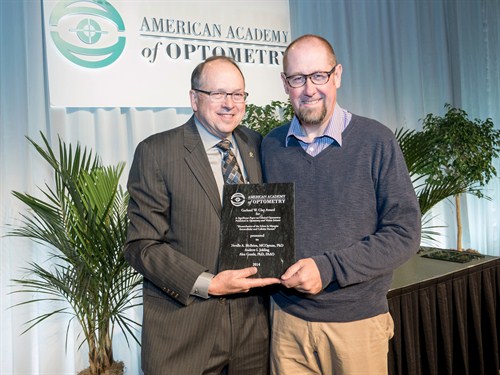 The Clay Award is presented to the authors of the manuscript published in Optometry and Vision Science that has been most widely cited in the world of scientific literature in the preceding five years. The paper was entitled ‘Biomechanics of the sclera in myopia: extracellular and cellular factors’. (Optom Vis Sci 2009; 86: 1: E23-30)

Eight Australians also became Fellows of the academy at the meeting.

She received the Irvin M and Beatrice Borish Award, which recognises an outstanding young scientist or clinician scientist who has shown exceptional promise to conduct independent research directly related to aetiology, prevention, detection, diagnosis, or management of clinical ocular disorders. 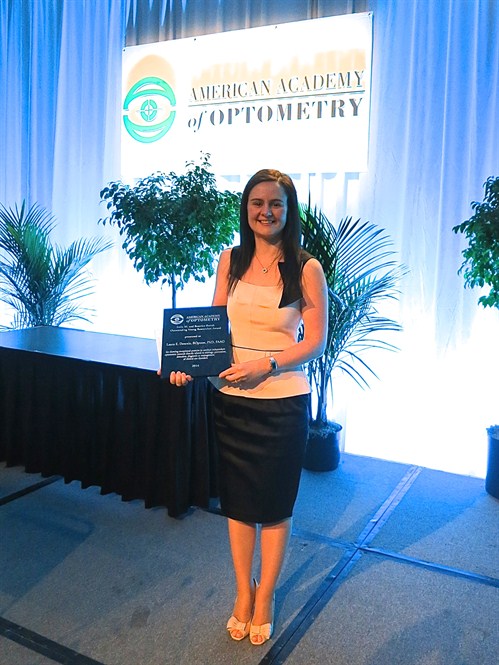 Dr Downie received the award for her innovative discoveries in cornea and contact lens research, and her contribution to research into retinal disease, in particular age-related macular degeneration and retinopathy of prematurity.

Dr Downie is the principal lecturer for cornea and contact lenses in the university’s Doctor of Optometry Program, leads the speciality Cornea Clinic at the University of Melbourne EyeCare Clinic and heads the Downie Laboratory, which undertakes research in evidence-based practice, anterior ocular disease, tear film physiology and contact lenses.