Sure Optical joined forces with ReviveR cocktail bar to raise funds for Optometry Giving Sight on World Sight Day. It is the second time this New South Wales optometry practice has held the aptly named ‘Highballs for Eyeballs’ event at the Gosford bar.

The event was supported by 21 local businesses and local optical supplier sponsors, who collectively donated more than $8,500 worth of raffle prizes and auction items.

Sure Optical optometrist and director, Amanda Rungis, who owns ReviveR with her partner Gordon Ryan, said she was thrilled that funds raised on the night exceeded last year’s total of $3,726. 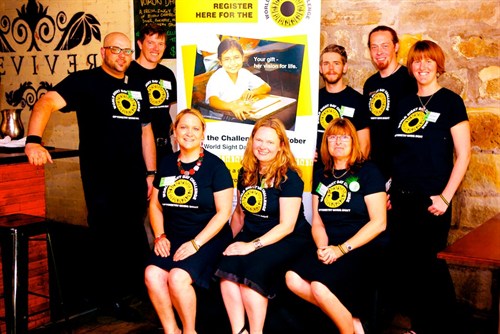 For two novel auction items, ReviveR donated the skills of its new multi-award winning bar manager, Shane Sahr, who will create a signature cocktail for the winners. 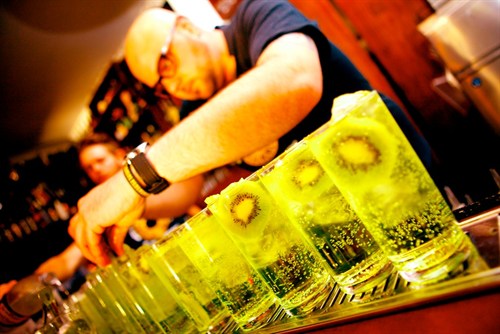 ReviveR bar manager Shane Sahr adding the finishing touches to a line-up
of the signature cocktail created for the event – the ‘Green-eyed Girl’.
Photo: G3photographics 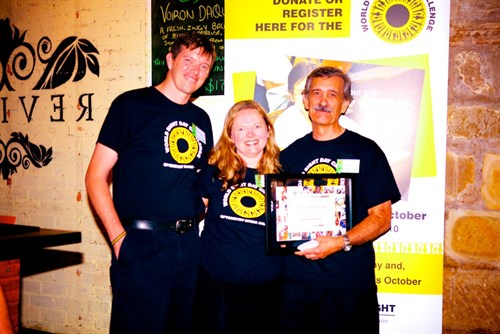