According to recent Medicare statistics, expenditure on optometry in 2014 reached $399.8 million, compared with $376 million in 2013.

Dr Kiely said the increase in expenditure was due to the increase in the number of consultations only, as there had been no increase to Medicare Benefits Schedule fees since indexation in November 2012.

In June 2013, the Gillard Government announced its decision to delay MBS indexation for eight months, pushing it back from November 2013 to July 2014, which would align indexation with the financial year. 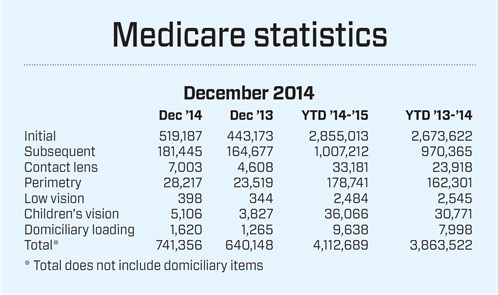