Updated fitness to drive guidelines, which come into effect on 1 October, include an expanded section on visual fields to help optometrists clarify common problems in testing.

The new edition of Assessing Fitness to Drive for commercial and private vehicle drivers was released on 1 September.

Optometry Australia provided input to a multidisciplinary review of the manual which is a joint publication of the National Transport Commission and Austroads.

It provides better medical guidance on whether people are safe to drive and includes standards for private and commercial drivers of heavy and light vehicles and motor bikes.

In the section on vision and eye disorders, the standard for visual fields for private vehicle drivers has been clarified by including additional criteria to define when a driver no longer meets the requirements for an unconditional licence. It clarifies that private vehicle drivers don’t meet requirements ‘if there is any significant field loss (scotoma) with more than four contiguous spots within 20 degrees radius from fixation.’

Another major change is in monocular vision for commercial vehicle drivers as the review period for drivers with a conditional licence has changed from one year to two years.

The guide includes links to resources to help health professionals have conversations with their patients about driving (Part A, page 14 of the guidelines.) An information sheet for patients, Driving and Your Health, is available.

Extensive material is provided on assessment of visual fields and interpreting results, which should help to better assist health professionals.

For driver licensing authorities, criteria remain largely unchanged but clarity is given to criteria regarding visual fields and clinical aspects to enable better interpretation of health providers’ reports, and clarity of standards regarding scotoma should reduce conflict with drivers.

For drivers, improved definitions of loss of visual fields should improve decision-making by health professionals and lessen uncertainty and unfairness to drivers regarding licensing.

‘Subjects with any significant field defect or a progressive eye condition require a binocular Esterman visual field for assessment. This is classically done on a Humphry visual field analyser but any machine that can be shown to be equivalent is accepted.’ (See point 2 under visual fields below) 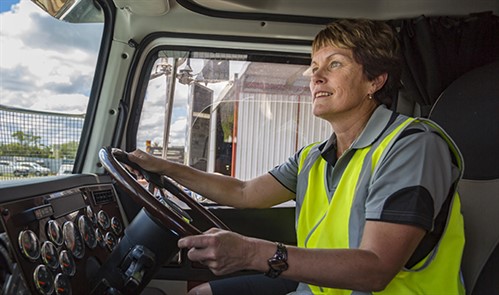 A working group representing Optometry Australia, the Royal Australian and New Zealand College of Ophthalmologists, and orthoptists, at the University of NSW considered input and made recommendations. Key comment and action taken is detailed in a summary of changes. These include:

‘In 2012 feedback identified that the acuity standard can be complex to understand by those without medical training, and creates confusion for driver licensing authorities,’ the summary states.

‘The section on assessing visual acuity was therefore clarified with the addition of a flow chart. More specific guidance is provided in a table regarding factors to be taken into account when considering a conditional licence as well as the limits of acuity at which a licence will not be considered.’

The summary said a major issue was to clarify the standard regarding a visual field defect, particularly arising from a legal case in NSW (Penny v RMS). This led to several amendments:

* The normal visual field for an eye was defined, based on a standard textbook, as: 60 degrees nasally, 100 degrees temporally, 75 degrees inferiorly and 60 degrees superiorly. The ‘horizontal extent’ includes nasal and temporal fields.

* Assessment methods: Submissions were received regarding the acceptability of devices to measure visual fields. It was decided to retain Esterman as the gold standard but to permit devices that could demonstrate they are the equivalent. It was considered normal practice for professionals to satisfy themselves of the adequacy of their equipment.

* Several points to assist in clinical assessment of visual field loss were added.

* The risk of crash in drivers with hemianopia or quadrantanopia was confirmed to be increased, justifying the restriction. The definition of a hemianopic or quadrantanopic scotoma was improved to meet the concerns expressed in the Penny v RMS decision with additional words to the criteria including: ‘if there is any significant visual field loss (scotoma) with more than four contiguous spots within a 20 degree radius from fixation’ (Owsley, Wood &amp; McGwin 2015).

Until the last review, monocularity had been dealt with in the 2003 standards by requiring an adequate visual field.

The addition states: ‘A conditional licence may be granted to private vehicle drivers if the visual field is at least 110 degrees and the visual acuity is satisfactory in the remaining eye. The health of the remaining eye must be reviewed two-yearly for private drivers.

‘Monocular commercial vehicle drivers do not meet the criteria. They need to be assessed on an individual basis by an ophthalmologist/optometrist. Where a conditional licence is granted the health of the remaining eye must be assessed annually.’

Monocular vision in commercial vehicle drivers was raised as a concern and it was determined that a restrictive approach should largely continue, but in limited circumstances a conditional licence may be considered. A more detailed check-list of factors that need to be considered in licensing monocular drivers and visual field defects in general was added, and also a provision for exceptional cases.

New guidelines state some patients with diabetes are being routinely referred for perimetry. A sentence has been added to the diabetes chapter to highlight that this is not necessary, and that perimetry is required only if clinically indicated.

An inconsistency was identified between diplopia and sudden loss of vision, which requires a non-driving period of three months. A similar non-driving requirement was added for diplopia managed with an occluder.

Due to concerns about the effect of these devices on peripheral vision, the previous position was made more stringent and the text changed to be more succinct.

On-road assessments are considered inappropriate because they are unsafe and not effective in assessing ability to see emergency situations such as a child running onto the road between parked cars. It was not considered appropriate to grant a conditional licence based on evidence of safe driving practice (no accidents). The advisory committee determined that the proper application of the standards was sufficient and that practical tests would not be recognised as there were concerns regarding the safety of personnel conducting practical tests with visually impaired drivers.

A PDF of Assessing Fitness to Drive is free to download, or purchase a hard copy for $25 including postage. 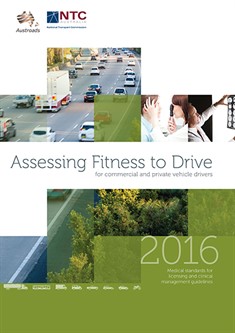