The University Complutense of Madrid report analysed and compared results of a study exposing the retina of rats to tablet screens emitting white LED light with and without filters.

After three months of exposure to white LED light, rats exposed to tablets experienced approximately a 23 per cent increase in retina cell death but when the external filter Reticare which absorbs short wavelength light was placed on tablet screens, there was no retina cell death.

Reticare’s products are based on the university’s studies.

Applications are open for the Cornea and Contact Lens Society of Australia’s 2017 Research Award.

A successful applicant will receive $7,000 towards their research and a certificate of appreciation for their contribution to contact lens practice. Their research can also be published on the CCLSA website.

Complete the application and return it to info@cclsa.org.au by 31 March. Review terms and conditions. 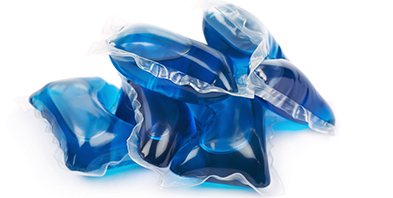 The number of American preschoolers suffering chemical burns to their eyes from laundry detergent pods has increased 30-fold in three years from 12 in 2012 to 480 in 2015, according to injury data.

Burns usually happened when the dissolvable pouches containing laundry detergent squirted into children’s eyes during play or when the detergent got on their hands and they rubbed their eyes.

‘These data suggest that the role of laundry detergent pods in eye injuries among preschool-aged children is growing,’ the authors wrote.

Sydney ophthalmologist Dr Alina Zeldovich says there has been a sharp increase in the number of children presenting with eye damage caused by UV exposure.

She said UV levels had increased dramatically in recent decades so the level of eye protection needed now was greater than in the past.

Sydney ophthalmologist Dr Shanel Sharma has studied the effects of UV exposure on children’s eyes and is calling on schools to implement a ‘No hats, no sunglasses, no play’ policy for children at school.

The Royal Australian and New Zealand College of Ophthalmologists also warned parents to ensure that children’s eyes were properly protected by sunglasses.

The five-year prospective cohort study in 89 Chinese patients with primary open-angle glaucoma was the first to apply the topography of rates of RNFL thinning for risk assessment of visual field worsening in glaucoma.

HIV may make people more susceptible to diabetes, a large US study suggests.

Researchers found that diabetes prevalence was four per cent higher among people with HIV than the general US public and often in the absence of a key risk factor, obesity.

Assistant minister for Health Dr David Gillespie is introducing legislation into the House of Representatives to establish the position of National Rural Health Commissioner.

The commissioner will initially work to improve access to training for doctors in rural and regional areas, before giving consideration to allied health needs in remote locations. The Australian Government is providing $4.4 million to establish the new position.

In a statement, Dr Gillespie says the commissioner will be an ‘independent advocate, giving us frank advice on regional and rural health reform and representing the needs and rights of regional, rural and remote Australia.’