New technology that takes the guess work out of estimating lens size and provides a more accurate fit is being offered to patients in New South Wales undergoing cataract laser surgery.

Dr Meades is the chief medical director of personalEYES vision clinics. She said PersonalEYES was the only clinic offering the treatment in NSW following successful trials in the USA and more than 500,000 patient procedures there using the equipment.

‘Results so far have been very encouraging. Surgeons prefer to use ORA because it is like a computer-aided guide and takes some guess work away from the surgery,’ Dr Meades said.

‘This new way of performing cataract laser surgery enables surgeons to determine the size of lens needed for the eye while the patient is still on the operating table.

‘Now, through this new technology, it can be done at the same time, providing significantly greater accuracy, and less treatment time for patients.’

Dr Meades said that by receiving measurements just before performing the surgery, the surgeon can make critical decisions to improve the outcome.

‘The ORA system is a guide and verification system. It continuously assesses the patient’s eye throughout the procedure. Measurements such as IOL sphere, cylinder and alignment are measured and recommendations for the optimal solution to best perform the surgery are made based on that.’

Dr Meades said that previously, even if the patient received the perfect lens, placing it in the eye accurately made a big difference.

‘If the lens is tilted or rotated wrongly by as much as one degree, it could change the outcome of results. Having a guiding system that gives the surgeon feedback and measurements is a step towards optimisation, which, in turn, gives improved and more predictable results,’ she said. 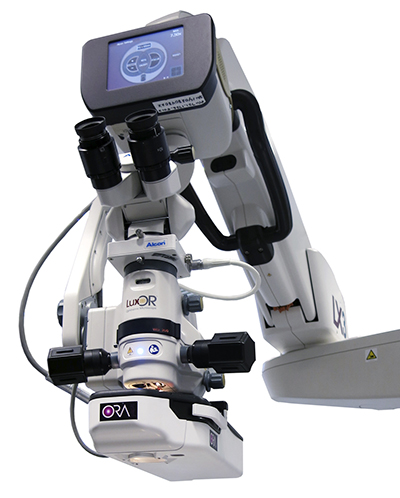 Having a better-fitting lens was similar to putting on the correct prescriptive glasses instead of having one that was put on sideways or upside down, Dr Meades said.

‘Having the lens placed correctly is very important since it gives the patient the optimal chance for the best visual outcome,’ she said.

‘Eventually, this technology will become the norm. Patients deserve better and more predictable outcomes, which is made possible only by investing in the latest surgical technology. Due to the efficiency of the technology, surgeons spend less time measuring with this treatment.’

While there are additional costs with the new technology, Dr Meades believes its safety and consistency outweigh the increased cost. PersonalEYES includes the ORA technology in all its laser cataract surgeries at no additional cost to patients.

Dr Meades co-founded the PersonalEYES network of eye clinics. In a career spanning more than 35 years, she has treated more than 40,000 patients.

She was among the first ophthalmologists in Australasia to introduce LASIK surgery and is a pioneer in her field, providing patients in Western Sydney with access to cutting-edge, global laser technologies and treatments.

Dr Meades also performs charity work in China, Tibet and Vietnam with the Haymarket Charity Group, removing from 40 to 50 cataracts a day for about 400 patients during three-week visits. 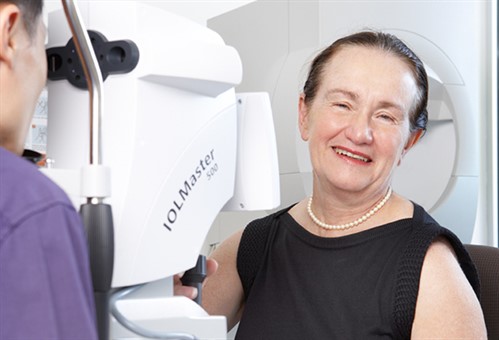