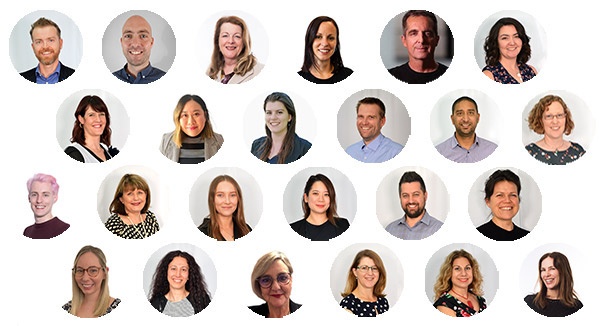 Optometry Australia today announced that it had recently received a 2021 Best Workplace Award in recognition of its exceptional levels of employee engagement and satisfaction.

President, Murray Smith said, ‘This remarkable achievement was bestowed by employee engagement specialist Voice Project and it recognises the significant, positive organisation culture under the management of our CEO, Lyn Brodie.

‘It was Lyn who instigated these annual surveys in 2017 so that we could track employee response to ongoing organisational change. Critically, quality culture translates to quality service to members and Lyn has courageously restructured the organisation on several occasions to ensure that Optometry Australia remains fit for purpose as optometrists’ peak membership body’, Mr Smith said.

Voice Project is an initiative of Macquarie University. Voice Project surveys not only our staff annually, but has evaluated over 3.3 million employees from 700 companies. Once surveyed, Voice Project then benchmarks Optometry Australia’s performance against comparable associations with the organisation exceeding benchmarks on all three major indices as highlighted below:

‘The Board and I would like to extend our hearty congratulations to Lyn and all the team of Optometry Australia for building such a strong and caring organisational culture where the needs of members shape all decisions made’, Mr Smith said.

Mr Smith added that he admired the spirit of the Optometry Australia team who have continued to be highly productive while working remotely for almost two years.

‘There has only been one opportunity for the team to come together since March 2020 and this was last December when staff based in Victoria, New South Wales, ACT and South Australia were able to celebrate their end of year together.

‘This remote working environment has not prevented the team from being highly engaged, respectful of each other and committed to the delivery of exemplary member services’, he said.