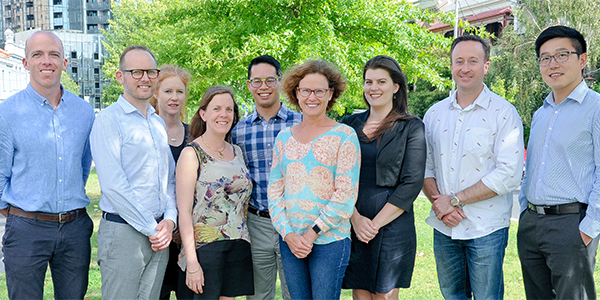 Optometry Victoria South Australia is open for business, with the newly merged organisation officially launching this week and announcing its board and CEO.

Of those who voted last year, more than 95 per cent in both states voted in favour of merging in an historic decision and an emphatic endorsement for unity.

‘Now that the amalgamation is complete, we want to deliver on our promise of high calibre services for members that respond to their needs,’ Pete Haydon said.

‘We also want to deliver a higher overall amount of services, and to do so at less cost to the membership. We’ve started to do that – subscription fees have reduced across all categories of membership in Victoria and South Australia.

‘This year we will embark on an ambitious member events program.

‘This begins with O=MEGA19 in July, which will be the largest optometry event ever held in Australia.

‘We will also take Victoria’s successful rural and regional CPD program into South Australia; join together our ECO groups; increase the depth of our engagement with all three southern universities, and continue to pilot single day ‘mini conferences’ in Adelaide in 2019-20.

‘Our CPD and social events program, combined with the day to day responsiveness of a full service secretariat; tailored and meaningful communications; our expanding local advocacy policy development work, and our strong relationship with the Optometry Australia team will enhance our member value proposition.’

Optometry Australia’s CEO Lyn Brodie said the decision by the boards to consider merging both organisations was made with members’ interests being top of mind.

‘The union of these two proud and long-standing organisations marks an evolution in keeping with our Optometry 2040 project – which is about taking control of, and shaping optometry’s future over the next 20 years,’ Ms Brodie said.

‘Members in Victoria and South Australia have clearly identified the efficiencies which will result from the merger and how these will enhance the services they receive and the opportunities they bring to advance optometry.

‘Optometry Australia looks forward to continuing our collaborative and interdependent work as the professional bodies dedicated to leading, engaging and promoting optometry, optometrists and community eye health nationally and within Victoria South Australia.’