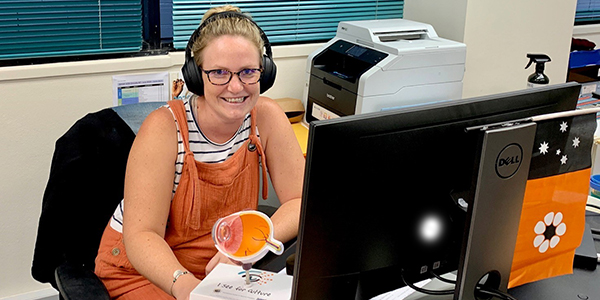 Optometry Australia is developing guidelines on telehealth and optometry; meanwhile many tele-optometry success stories are occurring during COVID-19.

Instances include optometry telehealth helping to save the sight of a young patient, arranging replacement glasses for a keratoconic truck-driver who lost his and treatment for another patient with marginal keratitis.

Optometry Australia has been advocating for Medicare rebates for tele-optometry and is continuing to do so.

‘This group of leading optometrists with interest and expertise in telehealth has been convened to develop comprehensive, evidence-based advice on when it is appropriate to provide optometric care via telehealth, and how this can be most effectively done,’ she said.

‘Their work is being supported by a review of the literature that has been undertaken.’

Brien Holden Foundation Head of Australia Programs Colina Waddell said its team had been dedicated in supplying as much support as possible to its Visiting Optometrists Scheme (VOS) and Provision of Eye Health Equipment and Training (PEHET) communities through tele-optometry and on-line mentoring.

‘During COVID, while all VOS services were suspended, I was extremely proud of the Brien Holden Foundation team working under difficult circumstances to try to protect the eye health of our Aboriginal and Torres Strait Islander community members,’ she said.

‘We are happy to be slowly returning back to communities to provide essential eye health services with strict COVID protocols in place.’ 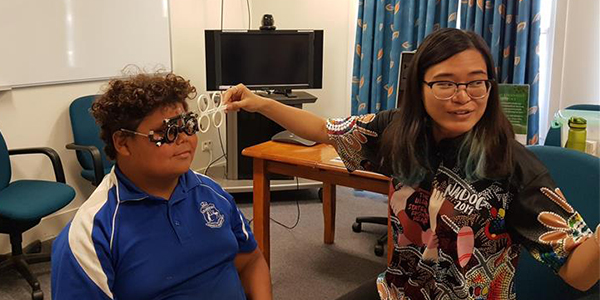 Education Officer/Community Optometrist with the Foundation Dian Rahardjo recently helped facilitate urgent treatment when a young patient in a rural area experienced a sight-threatening condition that had a very high risk of severe vision loss.

‘Without her initiative, this patient would not have been picked up. Because Emma knew that this patient had uncontrolled sugar levels and had not had an eye test for more than five years, she decided to take a retinal photo.

Dian said Emma opportunistically took a retinal photograph of the patient aged in their late 20s-early 30s who had had consistently uncontrolled blood glucose levels.

‘The AMS received the retinal camera and health worker training through the Provision of Eye Health Equipment and Training (PEHET) project funded by the Commonwealth Department of Health,’ Dian said.

‘All VOS services had been suspended due to the pandemic but Emma recognised that the diabetic retinopathy was potentially urgent so she sent through the photographs to the Centre for Eye Health Reading Service, funded by the PEHET project. 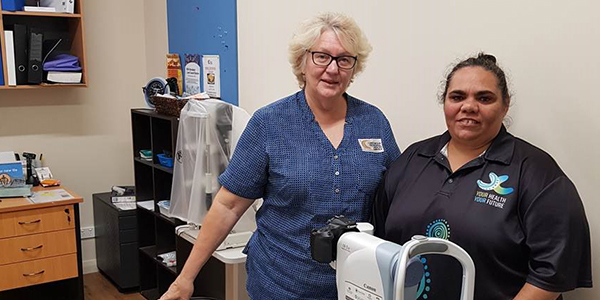 ‘She also called me to flag the case with me as I am one of the VOS optometrists who visit that location and I co-ordinate and provide training on the PEHET project.’

The CFEH sent a report back within 48 hours confirming Emma’s suspicions.

‘In the meantime, I was already working with the health worker to try to get the patient an ophthalmology appointment that would be bulk billed,’ Dian said. ‘This happened in April so public ophthalmology was not due to visit Dubbo until May and some ophthalmology practices were limiting new patients. The public was also advised to only leave community if absolutely essential.

‘I contacted Dubbo optometrists and Jane Hagger, the project officer at WNSW Eye Health Partnership (who we are also a member of,) and they put me in contact with an ophthalmologist in Orange who has agreed to bulk bill through WNSW EHP advocacy.

‘As a result, the patient was seen and treated with pan-retinal laser photocoagulation within five days. The AMS arranged transport for the patient.

‘If Emma had not taken a photo and recognised the urgency of this case, the visual outcome for the patient would have been much worse.’

The NSW teleoptometry service provided by the Foundation is funded by NSW Rural Doctors Network through the Visiting Optometrists Scheme.

Fellow Brien Holden Foundation optometrists working throughout the Northern Territory have also reported success with tele-optometry during the coronavirus pandemic.

Foundation Project Manager – NT/Optometrist Sarah Nicholls said the organisation had been successful in receiving a grant from NT Primary Health Network for funding towards telehealth projects during COVID.

‘This grant allowed us to upgrade our data allowances, purchase mobile broadband devices so we could provide the service remotely from home, and also allow for telehealth consultations which were unfortunately not covered by Medicare during COVID,’ Sarah said.

‘COVID provided Brien Holden Foundation with an opportunity to develop telehealth further and develop a more systematic approach for our three permanent optometrists in the NT to engage in telehealth.’ 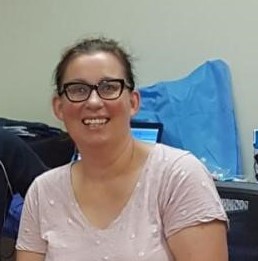 Foundation Optometrist/Project Officer – Public Health NT Kylie Dreaver added: ‘During COVID we saw increases in the number of telehealth consults – with more than 25 interactions with nurses, doctors and patients.

‘We also had numerous phone calls with our regional eye care co-ordinators regarding replacement glasses for patients, and often calculation of best mean sphere so a temporary pair of ready-mades could be sent to the clinic for the patient to use until we could resume regular optometry services again.’

Examples included a local truck driver whose doctor contacted an eye care co-ordinator and optometrist when he presented for a health check for his truck licence.

‘He was a keratoconic, could not pass the Visual Acuity criteria unaided and had lost his spectacles,’ Kylie said.

‘The optometrist could access his notes via tele-optometry and see when the last exam was and the refraction. A new pair of spectacles was organised so he could pass the vision test and renew his truck licence.’

In another case, a patient had had an irritated red eye then presented to a GP with a white line on the cornea. An optometrist, who reviewed photos from the GP, suspected marginal keratitis. The optometrist advised about lid hygiene and treatment, which the doctor prescribed for the patient.

Refractive error was detected in another case by a health worker who had a patient present with reduced visual acuity. The worker phoned an optometrist who educated on how to do pinhole acuity to better asses the cause of poor VA. Community health clinics have eye charts and pinhole occluders.

‘The health worker than rang back with pinhole results, which showed an improvement in VA and the optometrist was able to discuss wait-listing them for an optometry consult,’ Kylie said.