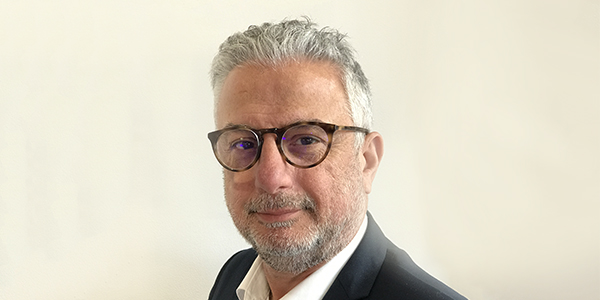 Collaborative care for common eye conditions saves money and helps prioritise specialist access for those in more urgent need, according to research presented at a health conference today.

The C-EYE-C (community eye care) model of care, implemented at Westmead Hospital, Sydney with support from the NSW Agency for Clinical Innovation, streamlines access to ophthalmology services through an innovative partnership between local optometrists and hospital ophthalmologists.

PhD Candidate at The George Institute for Global Health, Belinda Ford, said that while this model had already shown beneficial outcomes in low risk glaucoma patients, it was now clear that these benefits could be extended to diabetic retinopathy.

She told the 11th Health Services and Policy Research conference in Auckland today that the C-EYE-C model of care for 133 patients with low risk diabetic retinopathy had resulted in:

Belinda Ford presenting at the conference

‘Our study of 133 patients with low risk diabetic retinopathy found that two-thirds (68 percent) of those referred via the C-EYE-C pathway were able to avoid a hospital appointment, whereas through the standard hospital pathway, all of these patients would have required one,’ Ms Ford said.

‘With this new model of care, we saw waiting times for ophthalmologist review reduced from the usual four months to less than two months. It also led to cost savings of 43 percent, so it’s a win-win for both patients and the health service.’

Community optometrist in Blacktown, NSW, Joe Nazarian delivered the Westmead C-EYE-C scheme. He has been involved in the trial, firstly with glaucoma patients, and more recently with diabetic retinopathy patients, since November, 2016. He also receives referrals from local GPs and Blacktown Hospital diabetic clinic not as part of this trial.

‘I’ve seen about 2000 patients a year from the trial – about 70 per cent of them have glaucoma, and about 30 per cent have diabetic retinopathy,’ he told Optometry Australia. 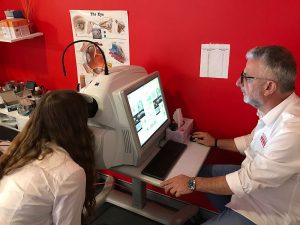 ‘I take retinal images, measure pressures, grade diabetic retinopathy and send them to the ophthalmologists when required and work collaboratively with them on treatment and management,’ he said.

‘When I started, the waiting list was nine months at Westmead for diabetes patients in the ophthalmology clinic, but now it is under two months. Apart from reducing waits for patients, the trial has also saved the hospital significant amounts of money, according to ophthalmologist Dr Andrew White.

‘Optometrists should be proud of the work we do, including this collaborative work. This would be a useful model elsewhere in Australia and I’m going to continue with it.

‘Western Sydney has a huge diabetes problem – a study at Blacktown Hospital which tested Hba1C levels found that 45 per cent of patients tested had diabetes or pre-diabetes.’

Ms Ford said there was a large demand for hospital services for chronic eye diseases like diabetic eye disease and glaucoma. ‘We have seen average waiting times of 400 days from referral for glaucoma to access necessary sight saving interventions and 139 days for diabetic retinopathy, which is very concerning.’ 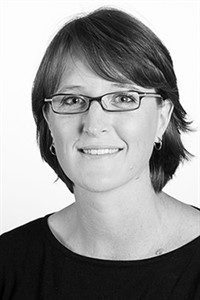 Professor Lisa Keay, Head of the School of Optometry and Vision Science at UNSW and an Honorary Professorial Fellow at The George Institute, was Belinda’s primary supervisor, was on the steering committee and collaborated on the evaluation research.

‘There were two practices involved in the proof of concept phase – Joe at Blacktown and Personaleyes in Parramatta,’ Professor Keay told Optometry Australia. ‘In 2020 Joe will continue plus also there will be a new clinic established with the Centre for Eye Health in Parramatta.

‘This is all optometry led and has telehealth integrated for virtual review by a hospital ophthalmologist to verify course of action.’

Head of Ophthalmology at Westmead, Clinical Associate Professor Andrew White, said there was a strong need to better communicate information from community providers to public hospitals to make more efficient use of already overstretched specialist services.

‘These models are well established in other countries like the UK but the uptake has been slow in Australia with only a few schemes running in New South Wales and Victoria,’ he said. ‘Now we have demonstrated the cost and efficiency savings, and also published this as a model of care, it’s time for other centres to make integrated care a priority.’

The George Institute for Global Health is an independent medical research institute aiming to improve the health of people worldwide by generating effective, evidence-based and affordable solutions to the world’s biggest health challenges.

Improving Patient Access and Reducing Costs for Glaucoma with Integrated Hospital and Community Care: A Case Study from Australia

Glaucoma referrals to a tertiary care glaucoma service in Australia 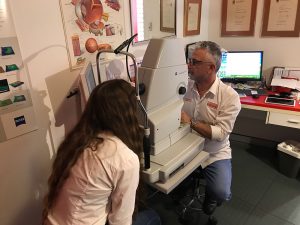