A University of New South Wales team created the L-R Eye-Hand Coordination Test app, released by the UNSW School of Optometry and Vision Science in October.

L-R stands for Lee-Ryan, the surnames of its main creators, optometrist Dr Kiseok ‘Robin’ Lee who undertook his PhD at the optometry school, and Dr Malcolm Ryan from the UNSW School of Computing Science and Engineering.

The app provides objective reporting of the time taken and the number of tracing errors made when patients use a stylus pen to trace various shapes on an iPad in a fun, games-style manner. As they trace about eight of 20 shapes, pink ‘milk’ is sucked up and moves along a straw in different shapes. 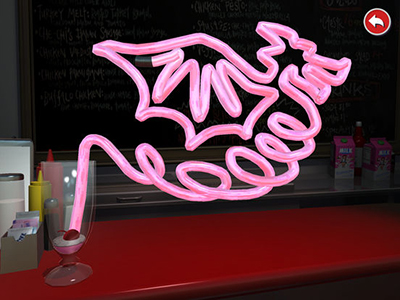 The app records speed and accuracy every one-tenth of a second, including how far out patients are if they go off the tracing path. Practitioners can download temporo-spatial data to further interpret the mistakes made.

Dr Lee, who now teaches optometry in Korea, conceived the idea and approached Dr Ryan who designed the app with support from optometrists Associate Professor Barbara Junghans and Dr Catherine Suttle from the UNSW School of Optometry and Vision Science, and psychologist Dr Sieu Khuu.

Professor Junghans said that previously, there had been no digital or electronic way of testing eye-hand co-ordination.

‘Currently, it is a subjective practice with the optometrist recording the number of times a patient puts round pegs in a round hole or square pegs in a square hole, and they time this activity,’ she said. ‘The practitioner makes qualitative observations about how accurate the person is, which is open to errors.’

Another current eye-hand co-ordination test involves people negotiating a loop along wire without touching it but this also means holding out an arm. Shoulder and elbow movements that can be difficult for some elderly people with arthritis, for example, can confound results.

Professor Junghans said gross arm movements associated with these subjective practices were removed by the app, enabling optometrists to isolate and focus on visual aspects and co-ordination of fine motor movements of the fingers and hand, rather than including arm movements.

The app’s repeatability, reliability and degrees of difficulty for various levels have been verified in studies on adults and children.

‘The app is cost-effective, provides precise measurements and is very portable,’ Professor Junghans said. ‘Kids and adults say it’s fun to use.

‘It may be useful to optometrists, especially those working with children including those with developmental delays, and those working in sports vision, rehabilitation and neuro-optometry.

‘It could be helpful for evaluation after stroke and traumatic brain injury, for example; therefore, it may also be useful to ophthalmologists, orthoptists, paediatricians, neurologists, psychologists, rehabilitation specialists and remedial educationalists.’

Professor Junghans said there was preliminary evidence that performance on the test differentiated those with successfully treated amblyopia. Previously, there had been no simple way to objectively establish visual deficit in those with amblyopia, other than testing visual acuity, she said.

Patients can undertake the test before and after vision training or rehabilitation to see how they have improved.

‘It can be motivating for some to look at the time and the number of errors made, compare it with the average, and commit to do their vision training so they can do better next time,’ she said.

Research evaluating the app in 90 patients aged from five to 85 years found that eye-hand co-ordination improved with age into teenage years, then plateaued until age 50 when performance started to deteriorate.

It took young people six or seven minutes to complete the test but those older than 80 years averaged 20 to 30 minutes, Professor Junghans said.

The L-R Eye-Hand Coordination Test app costs $2.99 at the iTunes App Store. By buying the app, optometrists can expedite research refining it into a standard clinical tool.