Although an overwhelming majority of patients at optometry teaching clinics viewed supervised student involvement in their care as important and found it a positive experience, researchers suggest optometrists should try to avert excessively long consultations and prolonged testing.

The findings are important because as more optometry schools open and student numbers increase, more optometrists nationwide are taking students on clinical placement in their private practices, some for extended periods of time. Previous research estimates that at least one in every 10 optometrists needs to take students on placements to cater for the growing number requiring training every year.

There has been some concern that optometrists might refuse student placements because patients may be unwilling to accept student involvement.

For this reason, the study’s lead author Associate Professor Sharon Bentley, who is director of clinical services at the Australian College of Optometry (ACO), said the researchers wanted to investigate the impact of supervised student optometry consultations on the patient experience.

They received survey responses from 370 patients, including 193 who had undergone a comprehensive eye examination and had a student involved in their care when they attended the clinics at the college.

Students from the University of Melbourne, Deakin University and the University of New South Wales examined patients under the supervision of ACO optometrists. Responses were also received from 177 patients who did not have a student involved in their care at the college. 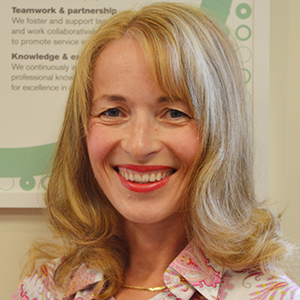 There was no significant difference in overall patient satisfaction between teaching and non-teaching clinics. All patients believed it was important for students so they could learn, and some liked having two people check them instead of one.

Only a minority preferred to see an optometrist alone. Reasons for patient unwillingness to have student involvement were mainly the extra time taken and longer testing. The time patients spent at teaching clinics was longer than at non-teaching clinics.

Although the study was conducted at the ACO, Professor Bentley said the findings of general patient satisfaction with student involvement were also important for private practitioners.

‘We have known from comments made over the years that many ACO patients enjoy having a student involved in their consultation,’ she told Australian Optometry. ‘This study has reinforced that impression.

‘The finding that most patients view the experience as beneficial and worthwhile is positive for private practitioners who already have or are considering having student placements in their practices.’

The study was funded by a Victorian Optometrists Training and Education (VOTE) Trust grant last year. Results have been published in Clinical and Experimental Optometry (member log-in required).

The results will also be presented at the American Academy of Optometry meeting in October 2017. Study co-investigators were Associate Professor Daryl Guest, Jane Trevaskis, Kathleen Watt and Professor Craig Woods.

Professor Bentley released some general findings to Australian Optometry ahead of the journal publication and academy presentation to encourage applicants for this year’s VOTE Trust grants which close on Monday.

The VOTE Trust was established by the Optometrists Registration Board of Victoria in 2010. The annual grants advance and foster the practice of optometry through research and education to improve patient outcomes.