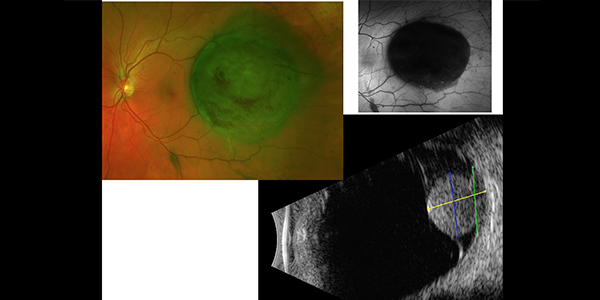 A new scoring system to make it easier for optometrists to manage choroidal naevi and detect ocular melanomas has been developed but its creators need optometry’s help to validate the system.

Nearly every day someone in Australia is diagnosed with melanoma of the eye but the MOLES acronym and scoring system aims to help optometrists and ophthalmologists differentiate better between choroidal naevi (also called benign moles or eye freckles) and choroidal melanomas.

Tens of thousands of Australians have choroidal naevi – flat, benign pigmented areas at the back of their eyes – but differentiating these from the potentially sight-threatening and lethal malignant choroidal melanoma, the most common primary intraocular malignant tumour, can be tricky.

Dr O’Day is involved in validation of the Oxford Eye Hospital MOLES system and is seeking help from Australia’s optometrists to complete a short evaluation survey of the system to progress the next stage.

The protocol categorises moles into common, low risk and high-risk naevi, and probable melanoma, depending on the score received from risk factors including mushroom shape, orange pigment, larger size, enlargement and subretinal fluid which are tell-tale signs of melanoma.

It then recommends management options, depending on the score. The system can be based on ophthalmoscopy alone, but ideally includes colour fundus photography, OCT scanning and fundus autofluorescence.

Triages lesions into low or high risk and probable melanoma

‘We have shown that this scoring system, when used by ocular oncologists, can very accurately distinguish between choroidal naevi and melanomas. The next step is to see if community optometrists find it easy to use as well,’ Dr O’Day told Optometry Australia.

‘It is unique in that it gives a management pathway for optometrists and ophthalmologists by triaging these lesions into low risk, common naevi or high risk and probable melanoma.

‘It should help determine if naevi are low risk and the patient can safely have annual monitoring by an optometrist, or if referral to an ophthalmologist is needed for more urgent management and treatment.

‘The vast majority of choroidal naevi can be expertly managed by optometrists.’

Currently small melanoma can be difficult to distinguish from naevi. 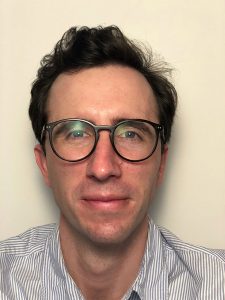 Simple and free tool for optometrists

‘We have put together a survey of 25 representative cases with images and need input from optometrists to see how accurate they are at scoring them which will help validate the system. There is also a lot of teaching in this quiz too.

‘The aim is for a simple to use and free tool that we can then roll out to optometrists which should improve patient care,’ he said.

The MOLES system and Oxford Eye Hospital guidelines for management of patients with melanocytic choroidal tumours were developed by ocular oncology doyen, Professor Bertil Damato from Oxford Eye Hospital in the UK and were recently published in Cancers.

Dr O’Day, who previously worked in the UK with Professor Damato now works at the Royal Victorian Eye and Ear Hospital, the Royal Children’s Hospital and University Hospital Geelong. He has been doing research at the Centre for Eye Research Australia trying to find a way to safely manage choroidal naevi in the community by helping to validate the MOLES scoring system.

‘Tens of thousands of Australians have choroidal naevi, but because it is hidden in the back of the eye, there is no way of knowing you have it until you have an eye examination with an optometrist or ophthalmologist.

‘Optometrists detect them by taking photos and looking for pigmented lumps at the back of the eye but they can be very subtle.’

Risk factors for choroidal naevi and ocular melanoma include being Caucasian, having non-pigmented skin (races with darker, pigmented skin have a lower incidence), increasing age and light- coloured irises (such as blue or green) which have less pigment than darker, for example brown, irises.

‘Prevalence has stayed the same although the general trend is to treat earlier than we have in the past, treating smaller melanomas with radiotherapy, rather than waiting until they grow,’ he said. 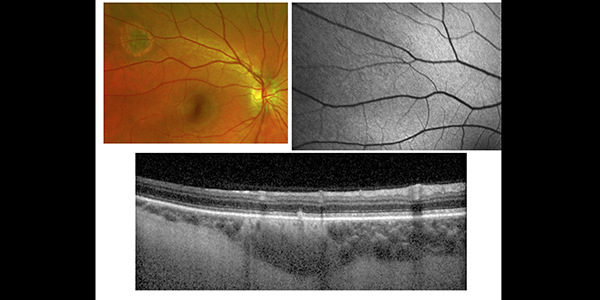 ‘The crux of the issue is that if a choroidal melanoma metastasises, or spreads outside the eye, survival rate is very low. It is almost universally fatal once this has occurred, although a lot of work is being done to try to change this.

‘We are very keen to pick up and treat small tumours and to do so, we need to accurately differentiate between common choroidal naevi, which are very frequent in the population, and choroidal melanoma because they can look very similar.’

Read more about the scoring system in this information sheet.

The survey has ethics committee approval and optometrists can complete the survey/quiz by going to this link.

Dr O’Day will present on the MOLES scoring system and the diagnosis and management of choroidal naevi at an Optometry Australia webinar which is free for members in September. This presentation will cover the clinical and imaging features of the different pigmented choroidal lesions, the application of the MOLES scoring system for the management of choroidal naevi and, in particular, try to demystify which choroidal lesions can be safely managed locally and which need referral.